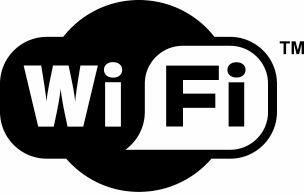 Will 802.11n replace wired [Gigabit] Ethernet connections in the business world? What about in the regular world of consumer electronics? Who knows, but it’s worth a couple of column inches trying to figure out. A certain John Cox went to and fro trying to gauge businesses’ responsiveness to replacing their precious—and inherently more secure—wired Ethernet connections. The reaction was sorta muted. Let’s be real for a minute, though I know how hard that can be: the as yet average throughput of Draft 2 802.11n connections is 150-180Mbps. That’s pretty good for most operations, you might say. And you might be right. Except that, as the number of users increases, the more bandwidth sharing users will have to put up with. That’s not cool with some folks.

On the other hand, some folks subscribe to the “from my cold dead hands” school of thought as it relates to weaning off wired connections. Godspeed, heroes.

To sum up a very long article, it comes down to this: 802.11n is fast enough for most perceived business uses right now. Who’s to say how much bandwidth the average business will require in a couple years? (The article points out that certain scientific industries simply slurp through too much bandwidth to effectively work in an all-802.11n system.) That said, most businesses are also paranoid when it comes to security. The perception is, rightly or wrongly, that Wi-Fi is easier to “hack” (let’s leave the “what constitutes hacking?” discussion to 2600) than a wired connection.

Of course, with a wired connection you’re, you know, wired; some businesses could value mobility and always being connected as the plus of all pluses.

As for you and me, well, the talking point is that wiring your whole house with Cat6 is overkill. You should be able to make do with just 802.11n for the time being, unless we need to start beaming 1440p signals around the house. That’s not likely.

Does 802.11n spell the ‘end of Ethernet’? [Network World via Slashdot]