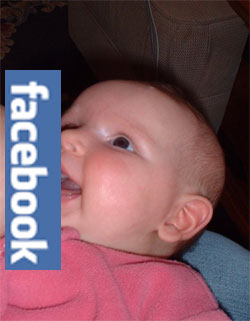 Facebook has taken down pictures of users breast feeding, and has even gone as far as banning users completely on the basis that the pictures constitute “obscene content.” Suffice to say the lactivists aren’t the least bit happy.

According to a SMH report, lactivists complained that their images were removed despite the fact they contained no nipple, questioning the logic of the Facebook obscenity accusations: “Where does the feeding stop and the boob begin?? A peek of nipple?” Where indeed.

Facebook spokeswoman Meredith Chin said Facebook does not prevent lactivists from uploading photos of themselves breastfeeding, but went on to say “Photos containing an exposed breast do violate our Terms and are removed”. Now I might be male so I have no recent first hand experience but I’m confused as to how breast feeding cannot include breasts?

The lactivists are calling for supporters to join their Facebook group Hey, Facebook, breastfeeding is not obscene!, which currently has over 7000 members.