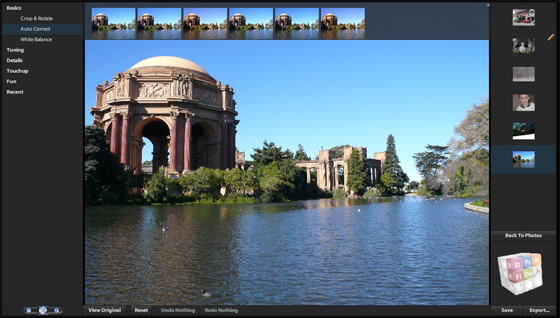 Right on schedule, Adobe previews an online version of its ubiquitous Photoshop tool, to be called Photoshop Express.

Adobe isn’t saying much, other than to point out that it is not a Photoshop replacement but rather “a new member of the Photoshop family that’s meant to make Adobe imaging technology immediately accessible way to large numbers of people.”

Either way, a number of startups are not going to be having such a good weekend.