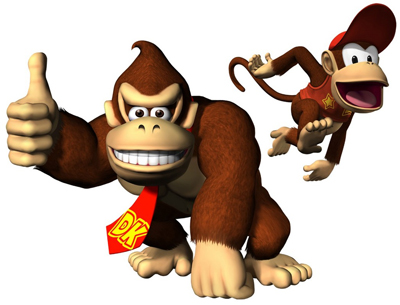 With the passing of Labor Day summer is pretty much over, despite the fact that autumn doesn’t “officially” arrive for a couple more weeks. But even if you’re back in class or just on the job, gaming doesn’t have to end. A slew of new handheld titles have shown up, so you can continue to live out those carefree summer days. Here are a few Nintendo DS and Sony PSP games to help pass the time.

(Warning: gaming in class may get you in trouble, while gaming at work could get you fired… play at your own risk) 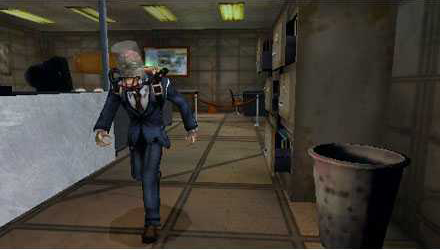 Ever feel like your head might explode? That’s the feeling Fred Neuman might have… at least after he’s savagely murdered and then resurrected through a strange scientific experiment. In this surreal 3rd person-action game you’re a cheap detective who has to solve his own murder. But thinking things through might be a problem as you won’t have a good head on your shoulders. Instead you’ll be left with a series of bad heads… namely the severed heads of your enemies, but fortunately each new head will unlock unique abilities and get you that much closer to solving the crime.
The addition of side missions and mini-games helps extend the gameplay. Head 2 Head Pinball is almost worthy of its own game!
Part campy fun, and part film noir inspired story, Dead Head Fred mixes action and puzzle solving, making for a game that is truly head’s above the crowd of games this fall. 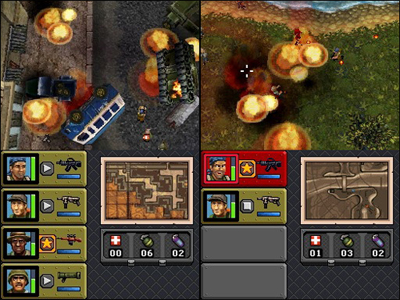 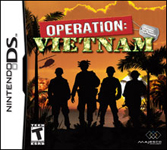 If you get caught playing this one in class or at work, just say you were doing research on the Vietnam War, and you’re now convinced that the American exit strategy was the wrong choice to make in 1975. This will in turn cause a heated debate and the teacher will forget why you were in trouble to begin with, while a boss will either offer you a raise for being a patriot or fire you for being part of the industrial-military complex.
Operation: Vietnam has possibly the worst title in any war game to date, and it makes about as much sense as saying “Operation: World War II.” Fortunately the gameplay fares a bit better even if it isn’t closely related to the real war in South East Asia (or any conflict for that matter).
Instead it is a simple squad based action game that is worthy of a violent 1980’s Saturday morning cartoon. You end up deep inside Vietcong territory and must fight your way to safety while liberating oppressed villagers. OK, so clearly the designers took a page form those lame 1980’s Vietnam movies such as Rambo that suggest the VC actually held “territory” and fought a conventional war. We did say this one was worthy of a Saturday morning cartoon. But we digress.
The game is a simple distraction that allows you to blow stuff up, and when you’re stuck in a cubicle all day (or detention for playing too many games) what could be better? 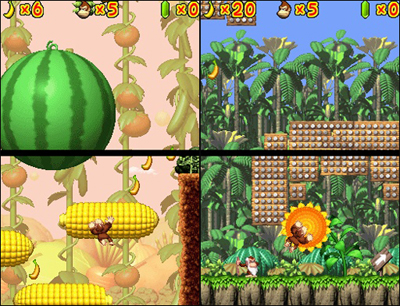 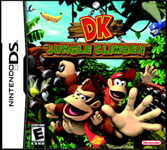 In a thousand years cultural anthropologists will look back at the final years of the 20th century and the early 21st century and wonder about the Cult of Nintendo. How did its followers embrace both the beast and the beast master? It is a duality that seems almost Zen-like as Mario and Donkey Kong are both beloved and neither is a villain, even when one has been in the villain’s role.
Well, obviously Nintendo knows that making either of the popular characters the bad guy isn’t a good idea, so once again Donkey Kong swings into action against a different (and far less colorful) rival, namely the so-uncool King K. Rool.
The gameplay is based on the same control functionality as DK: King of Swing for the GBA SP, but this time around you can use the Dual Screen controls to control the monkey man. Honestly however, after a bit of play you might go bananas. The gameplay is redundant and dare we say a tad dated. This one is truly for the hardcore DK fans out there. The ones of the aforementioned Cult of Nintendo. Swing on my friends, swing on! 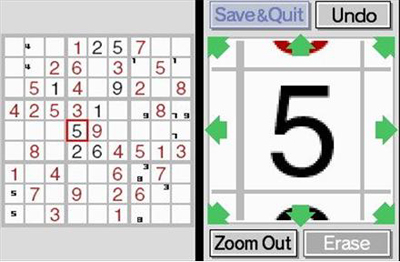 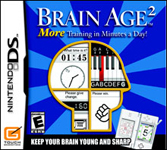 Here is another title that you can play while claiming you’re not really playing a game. We all know it is a game, but the box does say “More Training In Minutes A Day.” So try and get this one past the boss or teacher. It might just work.
The activities — we won’t call them games — are more advanced than in the original title. This means there are twists and turns, and as such you do really need to think things through. It isn’t just Sudeko-based number jumbles either, and BrainAge 2 includes a mix of music and other sound based activities. This might be a bit too much for the simple break from work or in between classes, and these aren’t just eye-hand coordination tests of skill either. Rather they do require real thinking. But if you’re the kind of person who enjoys a challenge, and turns to the crossword puzzle while taking a break rather than the comic section then BrainAge 2 could be your speed. If not… might we suggest Operation: Vietnam. 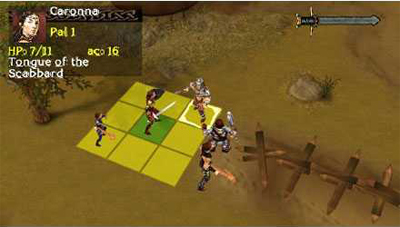 Long before there was World of Warcraft there was Dungeons & Dragons, which was the original fantasy role-playing game. OK, so it “borrowed” heavily from the fantasy world of The Lord of the Rings, so it doesn’t really have that much original after all. But the point remains that without D&D there would be no WoW today — not to mention EverQuest or just about any other RPG.
Over the years there have been various computerized versions, and the newest arrival is Dungeons and Dragons: Tactics from Atari. This game takes full advantage of the 3.5 rule set, and features a very lengthy (dare we say epic) campaign. The setting and story are true to the original D&D world too, and have a great RPG feel. That’s the good news.
The bad news is that the interface isn’t ideal for a handheld — not that we think it would be much better for any system. The graphics are also a little flat and the animations are a tad uninspiring. But worst of all is the fact that the multiplayer comes up very short. The thrill for these games should be in sharing the experience of the adventure with friends, and Dungeons and Dragons: Tactics is far too focused on combat. Role-playing is not the battles, it is the role-playing! That said there is something rewarding about hacking and slashing during a break from work, or during the commute home. That’s when it is time to get tactical!