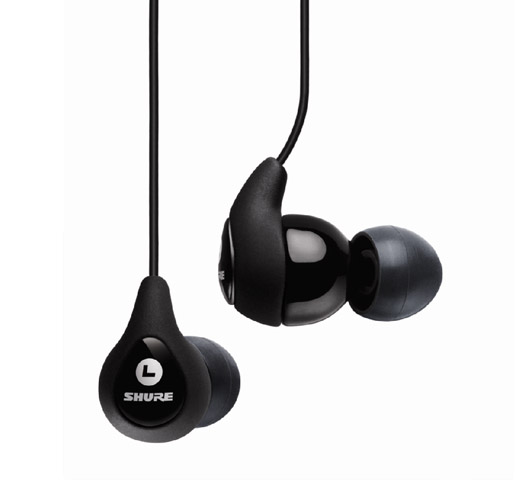 Shure’s headphones have been a popular upgrade for those crappy earbuds that came with your music player. But now that the E series has become the company’s professional line, the consumer-focused SE line has been lacking a counterpart to the $99 E2c — until now. The SE110 rounds out the bottom end of the price spectrum, and it holds up pretty well against the competition in the sub-$100 in-ear headphone category. But it has a few tricks up its sleeve that push it over the top, unless you’re the type of listener who absolutely needs pummeling bass.

I was never satisfied with Shure’s hot-selling E2c because of its odd-looking design, anemic bass, and harsh upper mids, so I was really hoping for a big improvement in the SE110’s. The design changes definitely deliver: They’re styled more like the rest of the SE serues, though they’re still a little larger and more bulbous, since miniaturization costs money.

As with the rest of the consumer line, the SE110’s cable is a two-piece affair, so you can use optional in-line accessories like a volume controller or Shure’s Push To Hear module, a battery powered doohickey that uses a built-in mic to let you hear what’s going on around you without taking the earplug-style buds out of your ears.

I’m a huge fan of Shure’s black foam sleeves. They block out more noise than almost anything else out there, and they’re so comfortable that I can wear them literally all day. They’re also very easy to shove in your ears since they’ve got a smooth coating and don’t need to be rolled between your fingers like foam tips from other companies.

I also like that you can wear these with the cables straight down or over the tops of your ears.

The package includes small and large pairs of black foam sleeves and three sizes of silicone tips, plus a cleaning tool. One major improvement is a soft zippered case with a pocket in it for the cable; I always hated that hard hockey puck case with the string winder inside that came with the E2c.

Now down to brass tacks: the sound. I tested using an 80GB iPod and Apple Lossless files with an assortment of musical genres.

On tracks like the Gorillaz’ “Rock the House” and Clark Gayton‘s “Heart of Stone” (a modern dub-inflected tune) the low bass a bit thin, and the vocals are very up front. Led Zeppelin’s “What Is and What Should Never Be”
has enough bass, though the whole thing lacks punch in the highs on the soft parts, and the rocking parts are muted. These tracks don’t sound bad, but they lack that gut-kicking impact that makes those types of music exciting.

Jazz tracks like John Coltrane’s “Blue Train” (a small group acoustic set) and Anita O’Day’s “It Could Happen to You” (big band with vocals), saxophones and vocals sound a bit soft around the edges but are still very in your face, kind of looking at a painting from very close up through a blurry lens. Cymbals are recessed, which takes away some of the sparkle, but the acoustic bass has satisfying presence, despite being slightly muddy. Trumpets and trombones sound great because the softness works better with those instruments.

Funk and soul is a bit of a mixed bag. On James Brown’s “Make It Funky” the
bass is already far back in the mix, so it’s almost inaudible with the SE110. Marvin Gaye’s “What’s Going On” sounds very good, though the conga pops don’t pop as much as they should. All the layers come through clearly, and the vocals sound nice and smooth.

Last but not least, I checked out Yo-Yo Ma’s brilliant performance of Bach Cello Suite #1 in G. Much of the woodiness of his cello is lost, resulting in a somewhat flat sound, but the overall balance in all registers is even.

Compared with the Ultimate Ears metro.fi 2 ($79.99), the Shure SE110s have a stronger midrange but less bass and highs. The balance also isn’t as good as with the $99 Creative Zen Aurvana. But in terms of features (modular cabling, good case) and comfort, the SE110’s are the best in their class.

The SE110’s will be available beginning September 17 at consumer electronics shops like Circuit City and Virgin Megastore. The E series is still available, but only at pro audio and musician-oriented outlets.