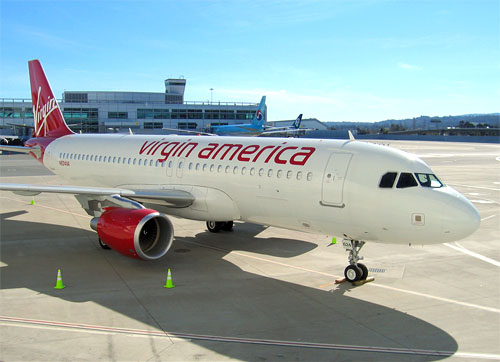 Welcome to TechTravels, an ongoing feature set celebrating the techiest travel options available. In celebration of Virgin America’s first flight from Los Angeles to New York City, which takes off any minute, VA will be the first piece considered. I had a chance to fly the new airline last weekend from JFK to SFO and it was quite the experience. Like the increasingly popular JetBlue, Virgin America intends to defeat the flying dinosaurs through the implementation of lower fares and better amenities.

In the case of Virgin America, the amenities are aplenty. Where JetBlue attempts to woo its patrons with extra leg room and some satellite audio and video content, Virgin has opted for a sensory barrage. Its in-seat terminals far surpass any excuse for in-flight entertainment presented by other airlines. Oh and remember first class? It’s back and it’s inconceivably nice. 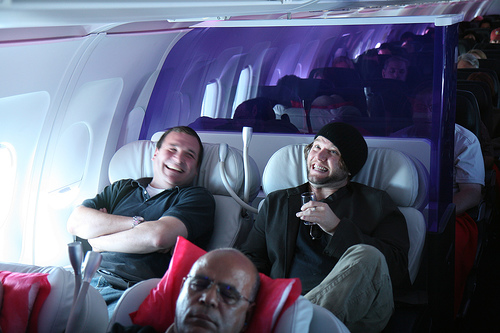 Giant leather chairs that massage the poor masses who find themselves huddled in VA first class during some cross country excursion. Somewhat excessive (for a plane) meals that send aromas wafting back into coach, aromas that whisper “We’re better than you.” Yea you might remember those from way back. The first classers also get carte blanche on anything they want, be it yogurt parfaits or unlimited premium movies. If you’re like me though, you’ll probably be a few rows back (like 20), so why don’t we look for a minute at the place where normal human beings (read: those without golden toilet seats at home) sit during their flights.

Coach is nice. Maybe the nicest I’ve ever flown in. Following my flight, I felt as though it was one of the best flying experiences I’ve ever had. After days of consideration, I can fully confirm my initial assessment: Virgin America is nice.

The VA experience focuses on its in-flight entertainment system. Featuring 9-inch widescreen displays, the units are actually pleasant to stare at. All of the units are controlled by one central system that is located in an overhead bin near first class. The system includes an EV-DO uplink and whenever the plane lands it syncs various system informations. 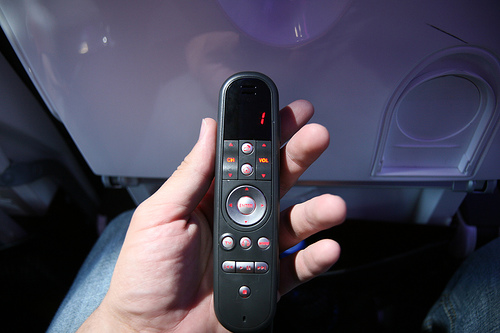 Although the screens are touch sensitive, the systems are better operated with the armrest controllers. Fortunately, they don’t stay stuck in the armrest. These corded devices pop out of the chair arms and serve as a remote control, QWERTY keyboard and gamepad. Which brings me to the next points of interest: text messaging and games. 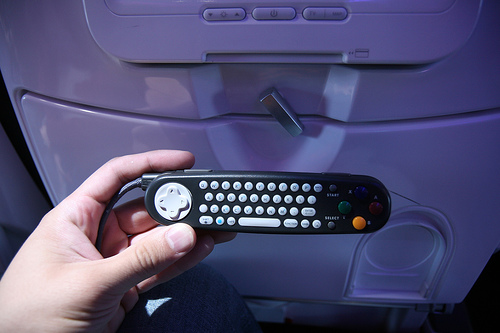 While many of the games currently lack some desired functionality, the pieces are in place to add some really kick ass products. Indeed, Doom is already a part of the system and you can play it multiplayer with the people around you. 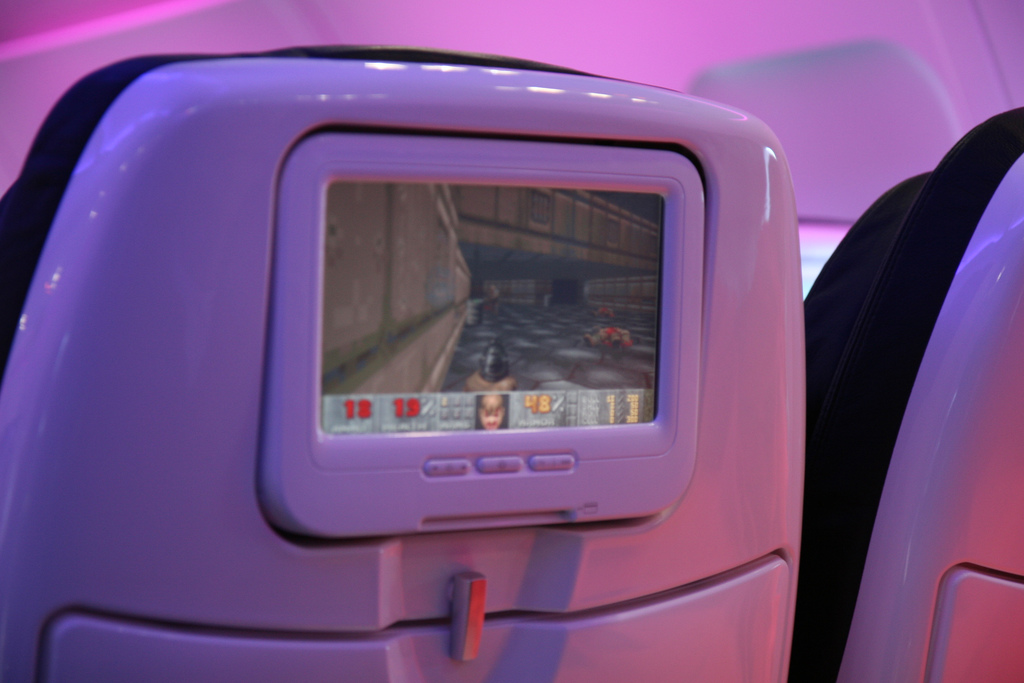 Although there isn’t currently Internet available in-flight, the system has spots available for it. Certain flights even tantalize fliers with a locked WiFi connection titled “VASECRET.”

Also included in the entertainment system is a variety of messaging options. Users can create chat rooms or join chat rooms that are based around TV channels, allowing them to discuss whatever is happening on the channels. Another function is direct messaging by seat. It’s neat, but perhaps a little creepy. On my flight back, however, I noted some potential seat stalking.

The guy next to me told me about seeing an attractive girl getting on the plane and being bummed that she wasn’t sitting next to him. I suggested that he message her seat to which he promptly sent her a message saying, “I saw you getting on the plane.” It was kind of uncomfortable.

Another useful feature of the system is the ability to order food directly from the terminal. After the initial food and drink run, if you want anything else, you can simply navigate through the system and select items. There are many free and pay items to choose from. Payment is a simple swipe of a card on the terminal.

The planes are also very detail oriented in regards to mood and lighting. They’re equipped with LED lights that adjust based on the time of day, so plane always has a comfortable light setting. The restrooms are also mood-minded. In addition to being perhaps the most tall-person-friendly in-flight restrooms I’ve ever stood in, there is music piped in to give you a happier peeing experience. 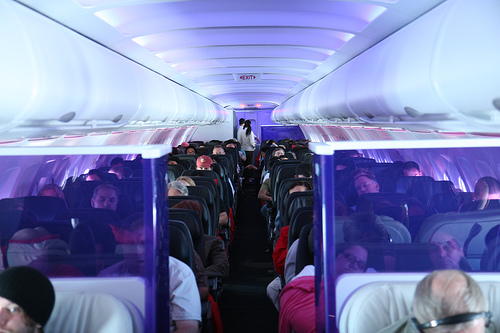 All-in-all though, Virgin America is a delightful flying experience. While there are still a few kinks in the in-flight entertainment system that needs resolving, it’s still far better than anything else available. The only downside is its currently limited service. VA does, however, have plans to have expanded into 10 cities within its first year and 30 cities within five years. There is zero doubt to me that it will quickly establish itself a significant player in the domestic flight market. What’s more, once the Elevate (frequent flier) program has some interoperability with Virgin’s international wings, it will have a drastically increased appeal.

Considering the game changing technologies currently available on all Virgin America planes and its immense growth potential, this is a certifiable Best Bytes product.