Video startup Magnify.net will today invite Magnify.net site owners to participate in a beta test of its new advertising program, the “AdShare Network.”

The AdShare Network gives site owners the ability to earn directly from their video channels, both from the network itself and by allowing users to deploy their own ad inventory.

We first covered Magnify.net in March; Magnify.net allows publishers to create their own video channels, and populate it with videos from other sites, including YouTube, Revver, Yahoo Videos and others. The new advertising network gives current and prospective users a better incentive to create video channels other than by offering a quality service: money. As the site relies on videos pulled from external services, Adshare Network is not offering video advertising, only traditional advertising that can be displayed around videos on the network. 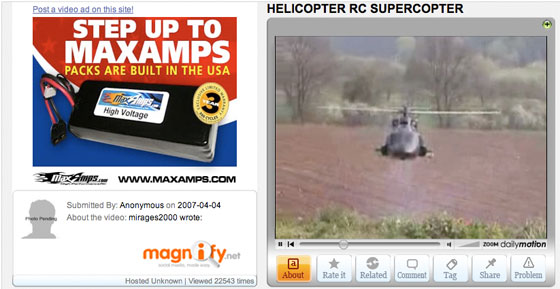