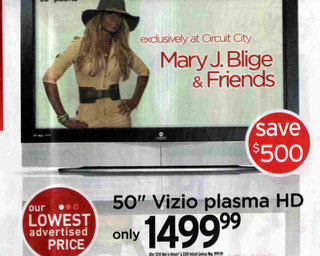 Quick question: As of today, which company is the top-selling flat panel HDTV brand in the US? Sony? Nope — your Bravia may be nice, but it’s not number one. Panasonic? Nah. And nope, it’s not Sharp, LG, Samsung, or Philips either.

The answer: Vizio.
A company that didn’t exist 4 years ago and, unlike all of the companies above, is actually based in the United States.

According to the market research firm DisplaySearch, Vizio was ranked number 15 just 2 years ago. So how did a no-name brand based in California beat out the giants of Seoul and Tokyo? Really, in hindsight, considering all of the factors blowing behind them, it would have been remarkable if they didn’t.

Flat panel TVs are, at their essence, a luxury item. Even today, every flat panel produced by all of the major manufacturers is basically a luxury product. Sure Samsung and Pioneer sell some models that might cost a bit more than others, but none could even remotely be considered budget.

Because of the almost exclusive focus by all of the major manufacturers on the middle-to-top end, a huge gap was left open on the low end for dependable budget sets. This gap was initially filled by a plethora of no-name companies whose native habitat was the corridors of Sam’s Club and Costco.

While bargain-seakers might be drawn to these sets, trying to figure out which of the low-end ones will give you the least-sucky picture can be quite difficult when virtually all of these companies have little-to-nothing in terms of reputation. As a consumer, this is messed up. When you buy a car, just because you’re buying a cheap car doesn’t mean you should be left with a company you’ve never heard of–that’s why we have Saturn dealerships. With TVs, however, if you wanted a cheap flat panel a few years ago, you had to take a gamble with a fly-by-night company that, for all you know, might not exist a month later.

Quite simply, there was a consumer need for a bargain TV company that was also a recognizable name brand. Through a series of fortuitous circumstances and savvy business moves, Vizio became this company.

First and foremost, they produced reliable products that actually look great. While the first generation Vizios were nothing to write home about, it would take an incredibly discerning eye to tell the difference in quality between a new Vizio and one from another company that cost a grand more.

Crack open a Vizio and what you see looks remarkably like the innards of name-brand sets. Many of their components — including the all-important panel — are actually made by “five different” manufacturers, as a Vizio rep told me, all of whom you have heard of (Hint: their names are plastered on the front of much more expensive TVs). This is a mutually beneficial arrangement that allows Vizio to borrow the manufacturing expertise of larger companies that have been in the business longer, while adding money to the bottom line of those same companies by keeping their assembly lines rolling.

The most important move by Vizio, however, was undoubtedly their journey this year onto the shelves of Wal-Mart and, to a lesser extent, Sears. If you buy your HDMI cables online, it may be difficult for you to fathom just how many people buy everything they own at Wal-Mart. You know those old film reels that were big in the ’50s that were like “What would the world be without zinc?” Well, if we woke up tomorrow and every product purchased at a Wal-Mart suddenly disappeared, there’d be a lot of empty houses between New York and L.A. By merely existing inside a Wal-Mart, they guaranteed themselves huge sales bumps.

Consumers needed a recognizable brand to fill the under served low-end flat panel market. Vizio simply gave them what they wanted, with a little help from Wal-Mart. And, as I predicted 8 months ago, the chances are pretty good that your next set actually will be a Vizio 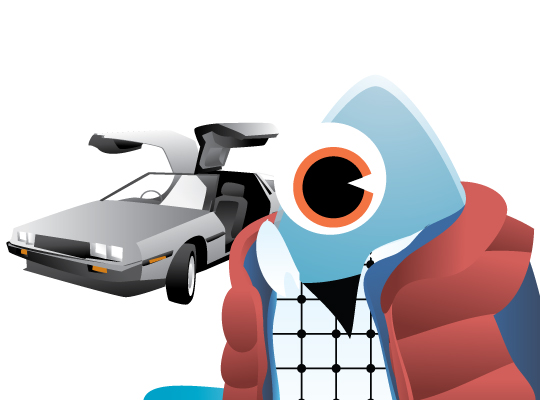