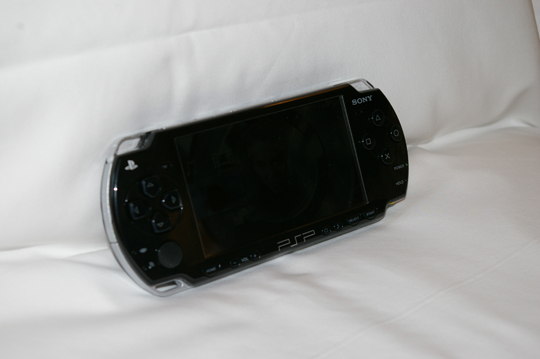 SCEE and British Sky Broadcasting have joined together to bring UK and Irish PSP owners a content download service called Go! in early 2008. Sky will provide content such as movies, sports, music and cartoons for download via Wi-Fi or transferred from owners PCs to their PSP. Third party content will also be available on a pay-per-view basis. No pricing has been released, which is expected, but there’s a whole lot more.

Also announced at GC for the PSP platform was Go!Explore, a new satellite navigation service with maps and navigation software provided by TeleAtlas and NavNGo. Your PSP can now replace your in-car GPS as well as being a perfect walk about device. The Go!Explore package includes a GPS receiver and a UMD with all the maps you’re interested in. It also includes 11 audio languages, POIs, 3D maps, and 3D landmarks. Connecting with the Playstation Network grants access to upgradeable maps and POI as well as future maps, POI and Wi-Fi features available for purchase in the future. Sweet.

Rounding out today’s Sony coverage is Go!Messenger, a free wireless communications suite utilizing the latest in VoIP technology that will be available via future firmware upgrade. Oh yeah, we told you about this a few weeks ago. Remember? The app will attach itself to PSP’s XMB, which can be downloaded separately, and installed onto the Memory Stick. But the fun doesn’t end there. An on-screen keyboard will also appear and you’ll be able to IM whenever you’re connected at a hotspot. The addition of a headset allows voice chat and voice messaging and a Go!Cam lets you make video calls.

TRAVEL HAS NEVER BEEN EASIER OR MORE FUN THAN WITH PSP™ (PLAYSTATION®PORTABLE)’S NEW GO!EXPLORE [Press Release]