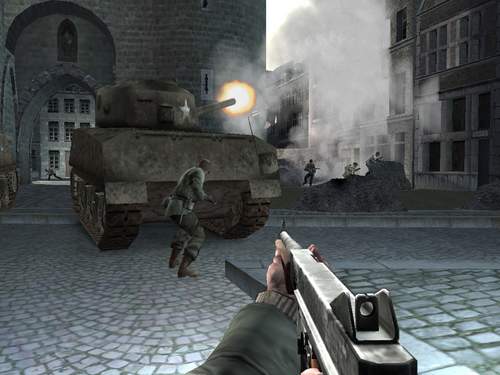 Never mess with a game’s devteam. The dorks on the Call of Duty 4 message boards kept blabbing nonsensically about how the game would run at 30FPS with no anti-aliasing and would suck, etc. Now a developer is fighting back and says:

“Same level of AA between 360/PS3, both @ 60fps. Hate on the PS3 all you want guys, but we’ve done did it up right for the Sony lovers. Nothing has been 360 footage yet touted as PS3, you crack-heads! I’m not sure whats up with what you guys might have seen at E3, but we do have AA on the PS3.”

Pretty cool that a developer is sticking it to the annoying “fans” that belittle him about the frame-rate of his new game. Looks like the game will kick ass regardless of what system you play it on.