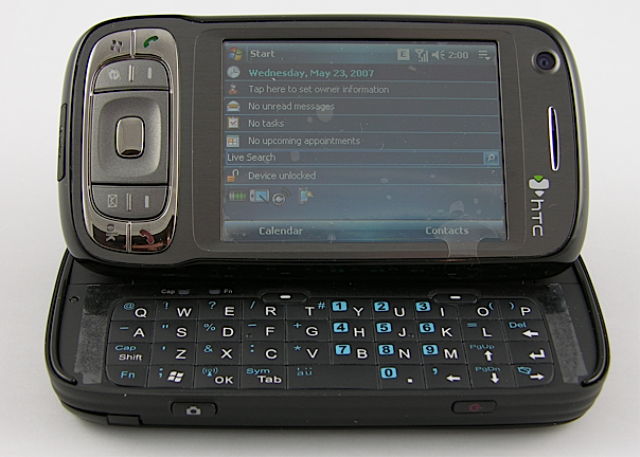 The Kaiser is coming, and maybe sooner than we thought. An avid CrunchGear reader and commenter was in his local AT&T store and asked about the AT&T 8925 smartphone. The phone monkeys said that yes, the 8925 would be replacing the 8525 soon, either at the end of August or the beginning of September.

If you’ve been waiting to take the plunge on a Windows Mobile high-end smartphone, this is your window (heh). The phone’s feature-packed and sets the bar higher as far as the amount of crap you can pack into a handset.

But the big news from our awesome tipster is the name of the unit. In America, the Kaiser for AT&T will be known as “The Tilt.” Take a look, you’ll see why. Expect it in two versions, one with the cameras removed, as AT&T does for many of its business-focused phones.