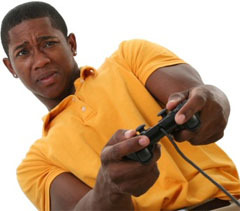 It’s no surprise that I think the Wii sucks. It’s a terrible console, but that’s OK. PS3 and Xbox 360 both have plenty of flaws to make them suck just as much as any Nintendo console. Pixel Perfect Productions compiled a list of what makes these consoles suck so bad. Notable mentions for the 360 include the dreaded “red ring of death”, Microsoft’s points system, and the lack of built-in wireless networking. All key issues that really do plague the 360.

The Wii suffers from being underpowered, a lack of rechargeable batteries for the Wiimote, and the lack of an online experience with its games. If hatin’ on Sony is your style, then at least have the decency to hate on the fact that the PS3 has no rumble abilities and has a lackluster game library, which is 100% right-on-the-nail true. Perhaps if the gaming industry took a look at this list, the next time a console war rolls around, there’ll actually be a stiff competition.

Five (Nope, Make That Six) Things That Suck About Each of the Next-Gen (current?) Consoles [Pixel Perfect Productions]