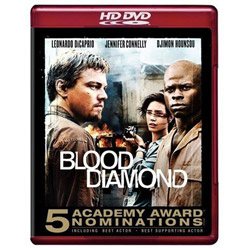 If you’re playing at home, you know that Target, the world’s biggest retailer named Target, backed Sony’s Blu-ray disc format last week (well, sorta), causing wannabe pundits to proclaim for the 900th time that Blu-ray is the winner of the current format war. (The winner is whoever wins the race to be affordable to the Average Joe.) The HD DVD camp certainly doesn’t think Blu-ray has won anything, much less the “war.” Citing the fact that HD DVD players are also found in Best Buy, Circuit City and Wal-Mart (the only one that matters), a co-president of the HD DVD Promotional Group said that Sony’s entry into Target isn’t a cause for alarm. Besides, Target will continue to sell both Blu-ray and HD DVD movies.