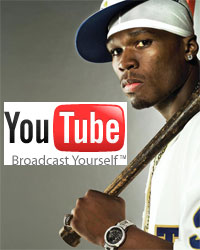 YouTube has announced a new music competition that will be judged by leading artists 50 Cent, Common and Polow da Don.

YouTube OntheRise Rap Edition is a follow up to last year’s YouTube Underground contest and seeks to discover the best rap and hip-hop artists in the United States.

Unsigned talent who aspire to be professional artists have until August 17 to submit their videos. The final winner will be announced September 7.

The winner will be awarded a trip to New York City to professionally record a single for G-Unit/Interscope Records, a $10,000 gift card from Guitar Center, and their video will be featured on the homepage of YouTube.