Nick at TC found some weird Sony PS2 ads that came out in India which essentially say that your girlfriend sucks and that you should play your PS2. While the concept is clever and edgy, I think the message isn’t quite as clear as it could be. Perhaps they should have a young man with his girlfriend tied up in a box while he plays God of War. Why stop at low-level misogyny when you can really dig in and sell your second-generation, old-ass console to the sadists. 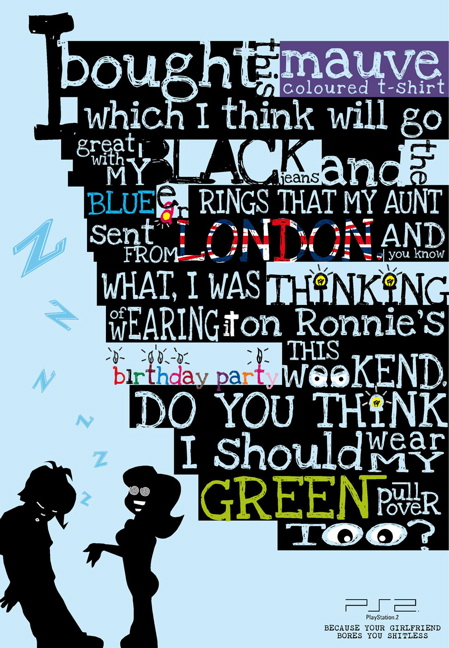