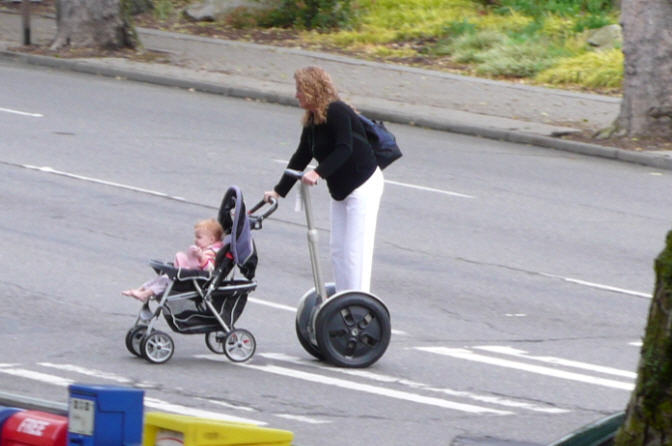 Ever notice how the fancier electronics get, the less productive they become? Yea me too, and it’s a problem. Sure that 16,000 function cell phone/PDA/radiation detector/meteor deflector/oral hygiene device looks cool, but do you really need all of that crap? The answer is no, you don’t. And I’ll tell you why.

The truth is, the current state of electronics is bad. Like Gillette throwing 15 blades on a razor, the electronics industry is guilty of a failure to innovate. If you don’t believe me, answer this: When is the last time you acquired an electronic device that truly changed your life for the better? Something that makes your day-to-day easier and you wouldn’t want to live without? The last thing I can think of, and not doubt the decision, is the iPod. It was a game-changing device, one responsible for putting the digital audio market on the map and making the world a better (and more musical) place. But even considering its cred, it too is has failed to add anything truly unique in years. It’s smaller and it holds more (yay), but it still does the same stuff it did in the beginning with the exception of having a tiny color screen that can play video (double yay).

But again, I challenge you to name a bit of gear that truly changed the world. Anyone remember the Segway? That transportation device that was supposed to redefine the way people moved about. It was the greatest invention of the 20th century, a solution to all of our problems — at least that’s what “they” told us. In reality, the only thing brilliant about the Segway is how brilliantly poor its acceptance has been. To date, its use has been widely restricted. It’s not really safe for streets, it’s banned on most sidewalks and the UK has all but declared it illegal. And that’s not even considering the fact that it only goes 12mph, making it only about as fast as a brisk run.

Worse than the Segway debacle are cell phones. They are often guiltiest when it comes to useless features and little innovation. With the exception of the Helio Ocean, most of the phones I’ve examined in recent months are dubious in their usefulness. They all have tons of features, but they don’t do any of those things particularly well. Using the personal planner function on nearly any device is an exercise in futility. Mainly because a notebook and pencil carries more utility and simplicity than any electronic device poised against it. I still log my schedule in a Moleskine and I don’t know of any options capable of usurping its efficiency. It costs about $10 per year, the battery never runs out, no clunky screens to sift through before making a notation and, most importantly, it feels good to handwrite things once in awhile (if only so that you don’t forget how).

The reason the Ocean is a great device is because it has focus and separation. What it does, it does well. The device isn’t bloated with all sorts of useless noise, it serves deliberate functions with easily discernible uses. The division of phone and media device is particularly effective. I speak for everyone, but when I want to make a call, I have no patience to flick through multiple screens — I just want to mash a couple of buttons and connect with the other end. Furthermore, Helio has truly innovated by putting GPS in all of its devices. The beauty of its inclusion is that GPS makes sense. It makes ones life universally easier. I can’t even begin to count the number of times it’s set me on the right path while hopelessly lost in New York.

I know this all flies in the face of being gearheads, and early adopters, but there comes a point when enough is enough. We have to demand more from manufacturers before handing over our hard earned dollars and cents. Because we’re techies, not sheep, we’re supposed to have more sense than the other 98-percent. That’s why we make more money than the douche bag high school quarterback. It’s why we’re in the corner offices, while that girl you had a crush on in 10th grade now has three kids, has been divorced twice and still lives with her parents. We’re geeks, so have some self-respect, dammit. Demand ingenuity like your lives depend on it, because if you really think about it, it does.