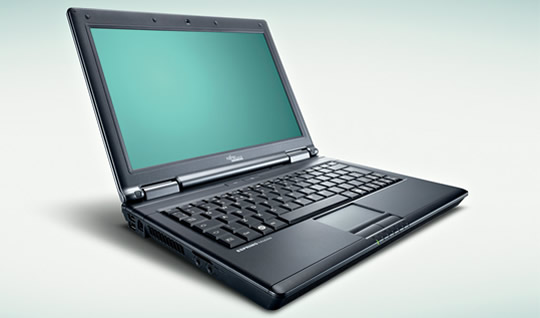 Starting in August, you’ll be able to pick up one of Fujitsu Siemens’ new 3G-integrated ESPRIMO laptops. Aside from near-ubiquitos connectivity thanks to the integrated 3G chip, you’ll also be able to squeeze about 10 hours out of each of these rigs when using an optional second battery (according to Fujitsu).

They’ll be available in three different models — a 12.1-inch thin-and-light at 4 pounds, a 14.1-inch at 4.6 pounds, and a 15.4-inch desktop replacement at 5.5 pounds. Each rig includes Windows Vista Business, an Intel Centrino Core 2 Duo processor, and very little visual appeal (understandable since it’s a business notebook).

If you’d be able to get set up with the one of the lighter models and the second battery wouldn’t weigh you down too much, then 10 hours of 3G might turn out to be a productive day at the beach.

Available in early August, no prices yet.