A disgusting and insulting reality is that some people don’t want to carry the Internet around in their pocket. These same people do, however, tend to like listening to music and talking on the phone. What better way to kill two birds with one stone than a phone that plays music?

This is not a new idea at all. I remember being the first and last person to buy the Samsung Uproar back in late 2000 for $400, listening to people wonder aloud how phones could possibly get any more advanced.

Well, phones got more advanced. But one thing that’s never quite been perfected is an easy-to-use music player coupled with an easy-to-use phone. And if there’s one company that could do it, it’s probably Apple.

A patent application submitted by Apple shows such a phone. It’s based on an iPod Nano-like form factor and would consist of a simple phone/music player donned with a touchpad that would display different symbols based on the phone’s current mode. 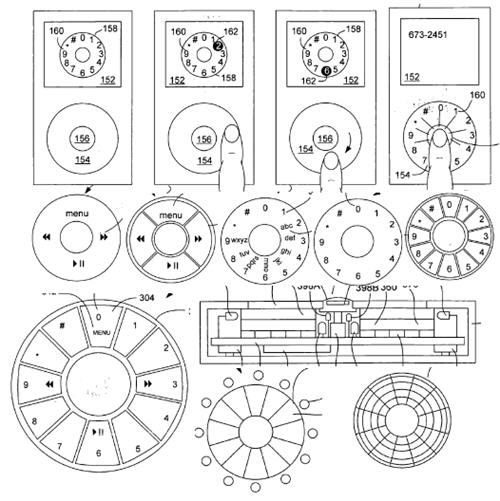 While the article I’m linking to makes reference to the idea that this phone would be perfect for your grandparents, I would tend to think that maybe it would still be a little bit advanced for people who shouldn’t even be allowed to operate motorized vehicles.

I do think it would be great for people who are sick of carrying around a phone and an iPod. This could sell like hotcakes to younger stay-at-home moms and people like my parents who don’t need data access but still want to see what all the fuss is about concerning portable music.

The ease-of-use for sending text messages will also be something to keep an eye on. If Apple gets that part right, then the floodgates could open for the tween market as well.

Cheap and simple iPhone Nano for your Grandma [UnwiredView.com]