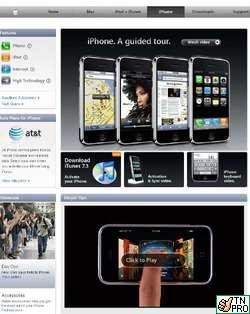 June 29th came and I thought to myself, “Surely Apple purchased iphone.com from whoever owned the domain.” To my surprise, I found that iphone.com was just a very shoddy “Web 1.0” page with links to unlocked phones of all sorts – a sort of primitive business front of some sorts. I figured Apple would just settle for not owning iphone.com but boy was I wrong.

Seems iphone.com was owned and operated by one Michael Kovatch. Mike bought the domain way back in 1995 trying to start a new business. Rather than be a pain in Apple’s ass by holding out for as long as possible, he sold the domain to Apple for an undisclosed sum that’s rumored to be worth more than $1 million. Mike is no stranger to picking up good domain names early though. He currently owns big SEO players like Wine.net, Golf.net, and Teeshirt.com. Not too shabby. By next week the transfer of iphone.com should be completed entirely.

IPhone.com has been acquired by Apple [DomainTools]