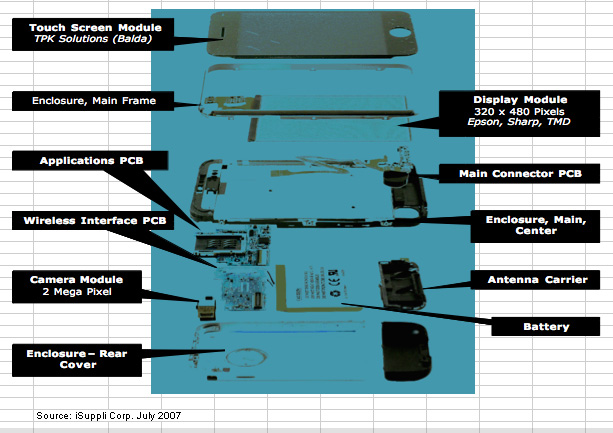 According to iSuppli Corp, who are experts at figuring out exactly how much consumer electronics cost companies to build, the bill for the components that make up Apple’s 8GB iPhone comes to $265.83–a profit margin of about 55 percent. Of course, that doesn’t include important things like marketing and advertising costs, R&D costs, royalties, and licensing fees, all of which can take a hefty chunk out of Apple’s pie.

iSuppli’s report also said that Samsung components–the main applications processor as well as various flash memory modules–make up the largest share of any single company (about 30.5 percent of the hardware costs). Not too shabby, Sammy!

The company also forecasts 4.5 million iPhones sold this year, and over 30 million by 2011. That is, if activation headaches and other consumer complaints don’t drive it into the ground first.