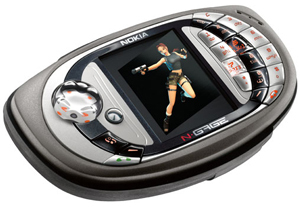 TOTALLY cooler than a PS3

Nokia is on a mission to create a mobile game that’s cross-platform and doesn’t suck. The first project, which is rumored to run on both PC and mobile phones, is called “Project White Rock”. Judging by the name, I’d say the title will be an MMORPG in which players compete to become addicted to crack-cocaine. Or not.

But after the failure known as the N-Gage, will Nokia be able to even make a dent in the portable/mobile gaming world? I doubt it. With The Register saying things like this, I feel mobile gaming is about to get worse:

“…having seen Qualcomm demonstrate a phone connected to a dance mat, and state its intention to create phones to complete with the Playstation 3,”

Phones that will compete with the Playstation 3? Good luck cramming a Blu-ray player into a cellphone, let alone all the other goodies the PS3 has. Stick to your chips and technology patents, Qualcomm. Gaming doesn’t seem to be your forte last I checked.