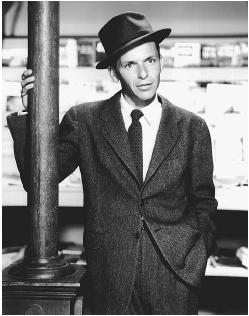 Looks like Frankie is being raised from the dead. Sirius is debuting a new weekly program called “The Chairman’s Hour” that will be hosted by Old Blue Eyes himself. Producers have meticulously collected tons of clips of Sinatra speaking and will produce a show in which Frank plays some of his tunes and talks about his work as a musician. Through the use of “computers”, the show will sound like Frank is alive, well, and hosting a radio programme.

“The Chairman’s Hour” is set to debut July 7th on Siriusly Sinatra (Channel 75), but you can catch a sneak preview on the 4th of July at 5pm EST – perhaps right before you head out to enjoy the firework festivities in your area.