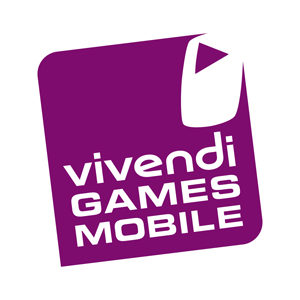 The major players in the electronic entertainment industry are bringing out the big guns when it comes to mobile games. With a mobile phone in nearly everyone’s pocket that’s a bigger market than the current generation of consoles combined!

“The titles announced today will deliver highly enjoyable gameplay and are the product of pioneering design by our internal studios and external development partners worldwide,” said Paul Maglione, president of Vivendi Games Mobile. “We look forward to bringing these titles to a mass market audience of mobile gamers in collaboration with our distribution partners. All of the upcoming games will continue to feature a refreshingly different marketing approach that carriers have begun to associate with Vivendi Games Mobile, including one of a kind digital and viral initiatives as well as marketing strategies based on user-generated content.” 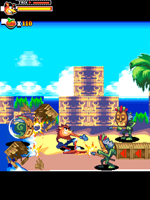 Crash of the Titans – the latest action-platformer from the Crash Bandicoot franchise.

Delta Force – based on the popular Novalogic Delta Force series, this game lets you command a squad of Delta Force rangers, and includes a new “sniper scope” feature that is the first of its kind on a mobile game. 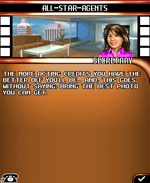 Surviving Hollywood – if you can make it here… wait, that’s New York. Anyway, this one lets you try to work your way to become a bona fide star.

The Incredible Machine – the popular PC puzzle game arrives on the mobile with 60 original brain-teasing levels, plus 20 bonus levels to unlock.

The Legend of Spyro: Eternal Night – the purple dragon is back on the third screen for another adventure with 13 levels of intense action.

Urban Attack – Vivendi isn’t sharing much, but they promise that this could be the one mobile first person shoot to watch.