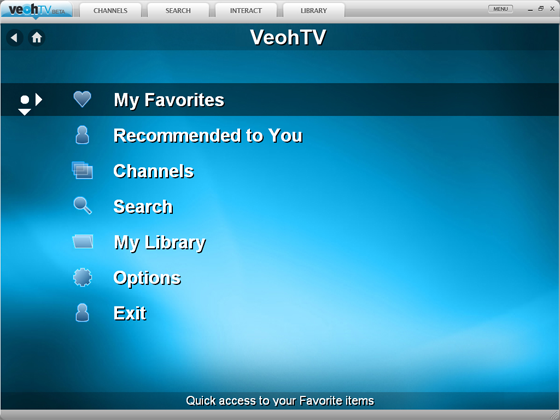 Veoh’s been busy. In addition to running its popular video sharing site, which is known for higher-quality streams (in terms of bitrate), they’ve announced VeohTV, which is best described as a distributed Joost.

The service, which involves, like Joost and Babelgum, downloading new software which becomes a sort of “video browser.” But instead of doing deals with content providers and piping content directly to users, VeohTV is letting users pull content from around the web – a “single interface to search, browse and view all video on the Internet.” Accepting that IPTV will be decentralized is the same theme driving Truveo’s success, AOL’s video search tool.

Basically, if its out there on the Internet, and Veoh can pull it in, you can watch it. Veoh says this is great for video sites, since they can continue to embed advertising, etc with the content.

Will it work? It certainly might. I’ll have to wait and try out the software first. But the vision is solid. This avoids the time and cost of doing licensing deals with content owners. Like Real’s new player that allows users to basically bookmark and locally store video, it assumes that video will continue to be widely distributed across the Internet. Whoever creates the best interface for the content will win users, and liquidity events.

This also spells eventual trouble for online TV guides like Meevee (not to single them out). If people have a tv and its hooked up to a computer, as more and more people do, they’ll eventually expect video on demand from the Internet. The online TV guides weren’t able to figure out how to bring this content to them, and now services like Veoh, Joost, Babelgum and others have just done an end-around.

Meanwhile, don’t forget the social aspect of watching TV, and how the Internet can help facilitate that. BuddyTV is a service to keep an eye on. No IPTV, but lots of chatting going on during shows from loyal users.

See Erick Schonfeld for his take. More screenshots below. 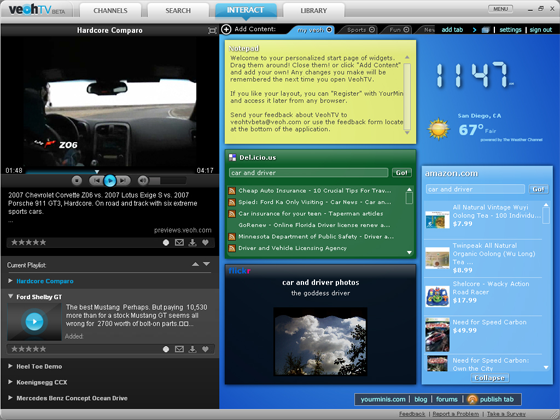 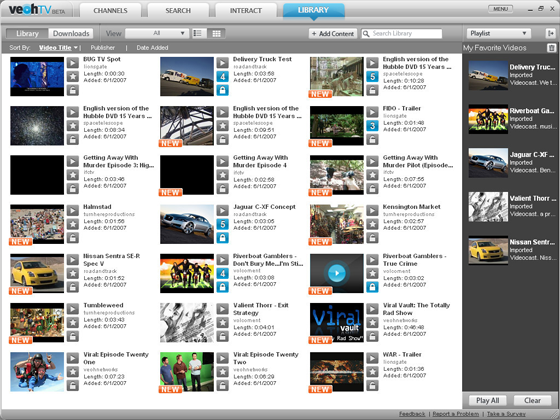 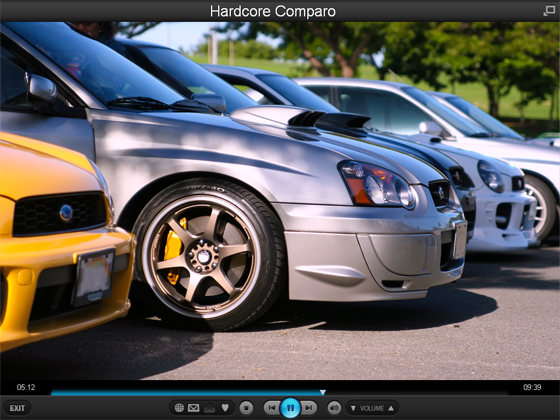