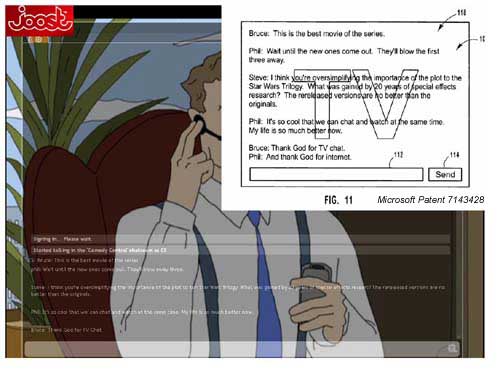 Two things show a company is getting ramped up to enter a business – filing for patents and lining up a trademark.

Microsoft has done both in the online video arena and could be in a position to take on Joost. A recently filed trademark image and a look at Joost matched up to Microsoft’s video + chat patent after the jump.

The symbol shown to the right was recently trademarked by Microsoft under the following business description:

Interesting. Even more so when reading a recent issued patent that Microsoft received covering delivering network TV + Chat. With momentum building with Joost as a early front running IPTV player, Microsoft could be building up to a launch of its own.

As an overview, Wikipedia’s Joost entry describes its technology as: P2PTV technology and is expected to deliver (relaying) near-TV resolution images. It turns a PC into an instant on-demand TV without any need for additional set top box. News updates, discussion forums, show ratings, and multi-user chat sessions (often linked to the active stream/channel) are made possible through the use of semi-transparent widget overlays.

An example of Microsoft’s claim with Joost’s description in mind: 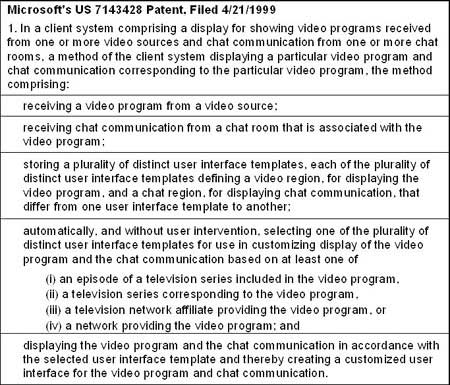 While this patent may or may not be a direct issue for Joost, Microsoft’s move to get a logo, accumulate a portfolio of IP and a recent purchase of advertising platform aQuantive are a lot of pieces of a building puzzle.