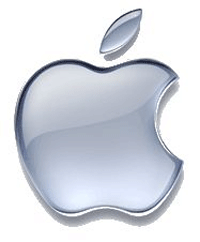 Today marks the 30th anniversary of the first Apple computer going on sale.

It has been a long and winding road.

Nothing in history or even amongst the paleofuture study of the company could have predicted Apple in 2007.

The Apple Mac may not hold a position of dominant market share today but amongst the technology influencers there is no other choice. The iPod is all dominant; even Apple could not have predicted the market dominance that iPod holds today. On June 29 the Apple iPhone will take the Apple brand to the mobile phone market, and even if it doesn’t meet market hype, its impact prior to launch is already causing competitors such as Samsung to respond.

Apple is older than probably half the people reading this post. My very first computer experience in about 1982 was on an Apple II. Even when I finished my secondary education in 1993 my school still ran Apple II e’s, despite the growth of the DOS/ PC market at the time.

Even without market dominance, Apple’s influence is absolute. Share you Apple recollections in the comments.