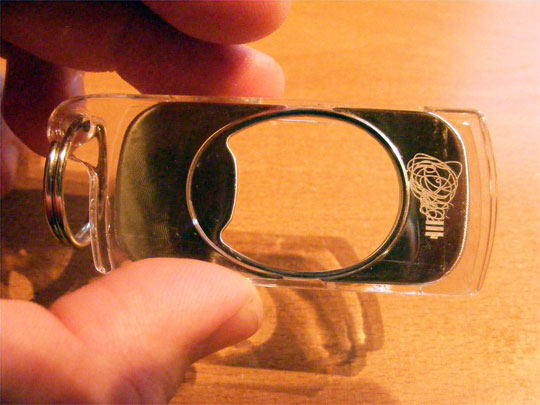 Some — myself included — would say that printer evolution is spent. The ink-jet was essentially the end of the line for printer makers. By sticking some tiny holes in an ink bottle and hooking those selfsame holes up to electricity, you got a pretty passable imitation of most other high-resolution printing technologies at a price that is quite acceptable.

So we were OK with inkjet printers. It wasn’t a cool color laser printer but we’d buy one and print out some photos. Fair enough. But suddenly in cartridges started costing $40 for black and white and $60 for color. WTF, right? Well, Kodak pulled back the curtain on a minor inkjet evolution and I’m happy to say that they done good.

Introducing the Kodak EasyShare 5300. It’s big, it’s bulky, but it doesn’t cost a fortune to feed and maintain. It’s a printer that won’t make you think twice about making copies of your band’s flier or printing out a few hundred photos. It’s a good idea and I’m glad Kodak thought of it. 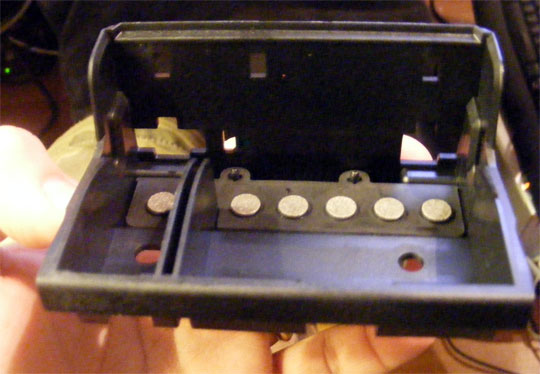 At $199.99, this printer/copier/scanner has quite a nice feature set. It has a SD/MemoryStick/xD card slot along with a CF card slot and has two front USB ports and can print straight from a memory key or PictBridge-compatble camera.

When I cracked open the box and set the printer up, I was surprised at the size. It’s definitely in the old-timey fax machine range rather than a standard inkjet and it weighs in at 21 pounds. That’s mostly because of the huge scanner platen and the oddly shaped ink cartridges that are actually quite large. 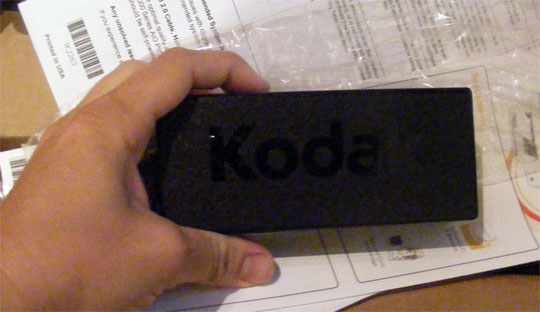 The printer uses Kodak’s KODAKCOLOR ink technology which does a few things. First, it offers a more precise ink dot layout and improves color-fastness and brightness. I don’t particularly believe most hype about color printers and instead base my assessments on actual high- and low-res prints on photo and plain paper. I printed and copied a few color items at Draft, Normal, and Best quality and found the images to be almost exactly alike, at least with fresh ink cartridges. A 4×6 high-res image of a phone took 30 seconds to print in draft mode and 29 seconds to print in Best mode and the images are almost exactly the same. Perhaps the Draft mode image is a little lighter, but only with a jeweler’s loupe — yes, I have one — did I see any major difference in saturation. 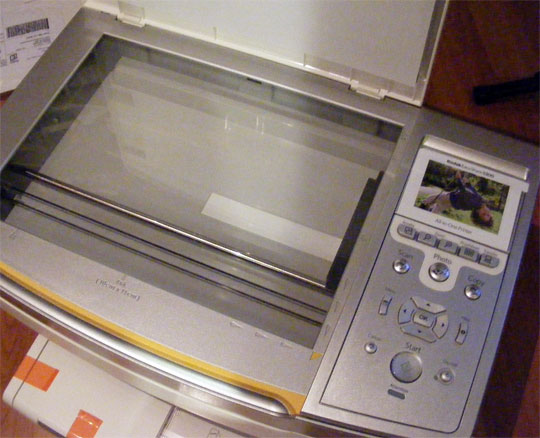 How are the photo prints? This printer, more than many I’ve seen, is truly Garbage-In-Garbage-Out. If the source is grainy, Kodak’s own technology won’t improve it. If the image is washed out, the printed version will be even more washed out. But if you feed it a nice, high resolution image taken with a good camera, you’ll get a great shot. On thing I did notice was a little fuzzing on the edges, more so than on the HP 7760, but both printers produced similar results. 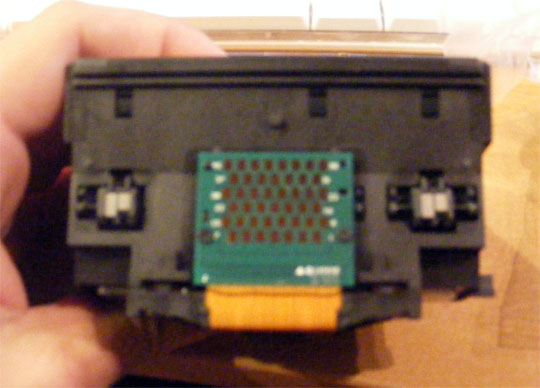 Now, how does Kodak sell black ink for $9.99 and 5-ink color cartridges for $14.99? They completely offload the print heads to a separate carriage. Here’s how it works. You have the main carriage, the little part that swings back and forth. Then you have the print head into which you fit your ink containers. The containers have a soft, spongy mass that doles out the ink while the print head does most of the the work. Most cartridges come with the print head already installed, which makes them impossible to refill and is more a form of DRM than a practical ink solution. 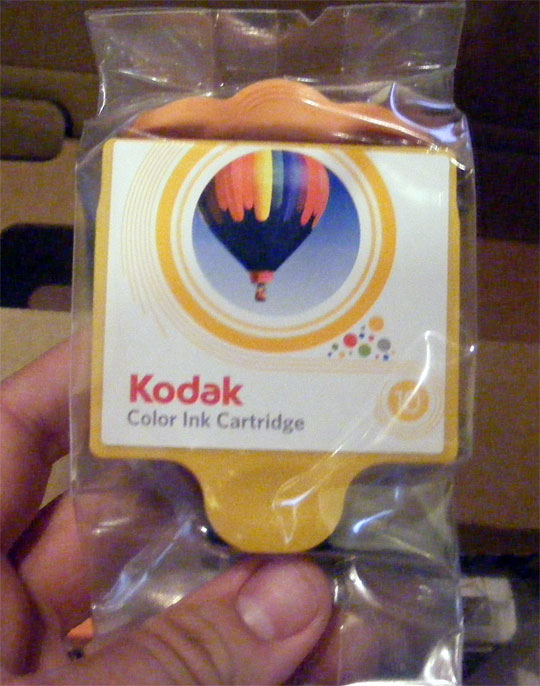 Copies were quite bright and clear and full sized prints on plain paper were muddy but acceptable. Photo paper made all of the prints shine, as can be expected. Full-color, letter-sized images printed in about 1:30 while black and white documents printed in about 40 seconds. 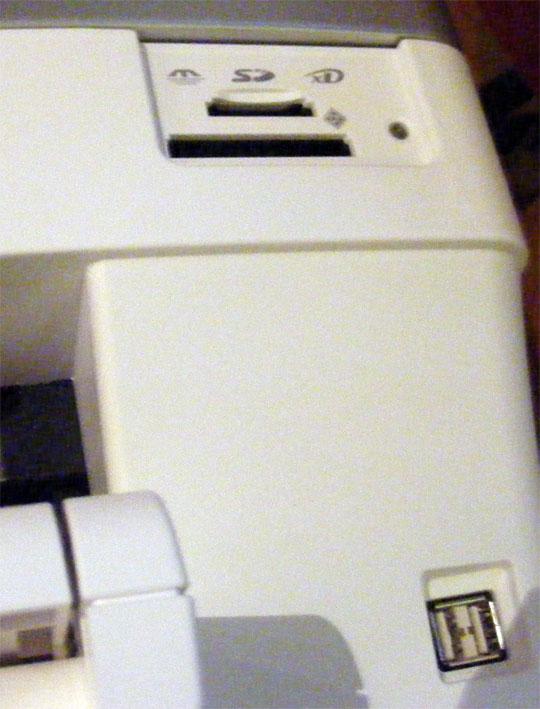 The 5300 also has a large 3-inch LCD screen a fairly easy to navigate UI. The memory key support was quite useful and there were drivers for both Macs and PCs. Feel free to chuck the PC software if you already use a photo manager and on Macs the driver integrates with iPhoto and is all but invisible. 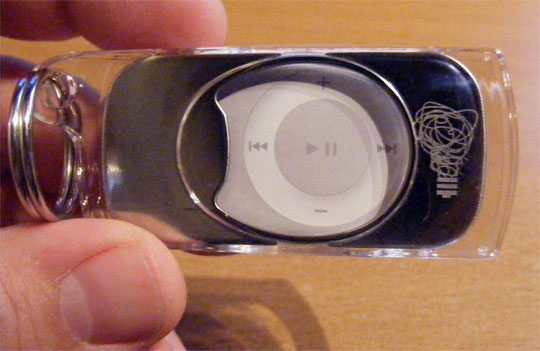 At less than $200, this is a perfect home printer. Moreso than many of the other printers I use regularly, the 5300 makes perfect sense in a number of scenarios, from printing out term papers to making a photo album for grandma. While it feels like a waste to print on photo printers with expensive inks and papers.

I have one beef: the printer doesn’t come with a USB cable. No biggie. The thing I’m happiest with? The 4×6 photo paper tray simply slides in an an LED lights up when it’s ready. That has to be the easiest switching system I’ve ever used. 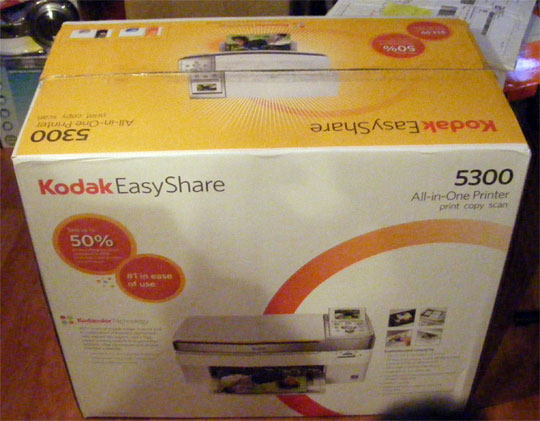 Kodak knows the pain of change. They were a world brand that is now waning and only their printers and digital cameras can save them now. Will the 5300 help them back into the light? I think the concept and the price are quite sound and, given their brand awareness, the new line of printers offers a compelling alternative to the home and, to a lesser degree, home office user.