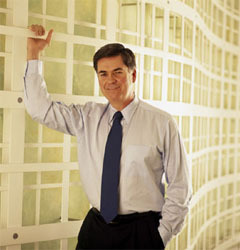 When the SEC is on your back and you’ve been backdating stock options, you’re kind of in a tight situation. So when former Apple Chief Financial Officer Fred Anderson was offered a deal to pay back $3.5 million bucks plus a $150,000 fine, you can bet your iPod he took it. The charges date back to 2001 when Anderson was working for Apple and was granted multiple stock options that were backdated during a board meeting that supposedly never took place.

With Anderson out of the way, the SEC now has its sights set on former legal aid to Apple, Nancy Heinen for her part in this heinous act of fraud. Heinen took part in a $7.5 million grant of options during the same falsified board meeting but plans to contest the charges.