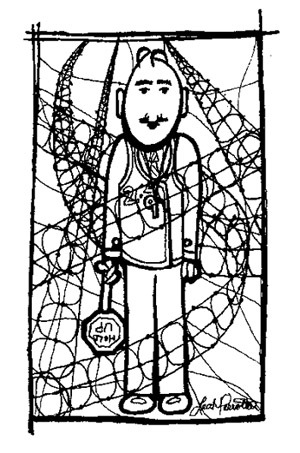 With all the wireless technologies out there, the airwaves are getting about as crowded as a New York City street at rush hour. Most of the traffic is on the 2.4-GHz frequency band, including everything from cordless phones to Bluetooth and WiFi, not to mention leakage from microwave ovens. Worse yet, once wireless speakers become a must-have companion for HDTV setups and people start streaming high-def audio and video, it’ll be like trying to fit two pounds of crap in a one-pound bag.

One company is looking to divert at least part of the traffic so streaming pristine-quality audio around your home won’t bring your p*0*r*n legal music downloads and online video streams to a crawl. Multimedia chipmaker SST Communications just announced its new MelodyWing SP digital audio chipset that will go into everything from HDTVs and home theater components to portable devices.

The company’s solution to the increasingly crowded 2.4GHz frequency band is simple: use another frequency! The concept isn’t revolutionary, and it does involve a proprietary wireless technology, but it could help solve a major issue over the next few years. By incorporating both 2.4GHz and 5GHz — a band usually reserved for military and medical devices and such, though it was used briefly for the ill-fated 802.11a flavor of WiFi — new electronics will be able to do lots of pretty amazing things wirelessly without bogging down your existing home network.

SST is aiming its MelodyWing SP chips at PCs, projectors, HDTVs, set-top boxes, home theater systems, gaming consoles, wireless headsets, and anything else that might need to stream audio at the highest possible quality.

The killer app for this kind of technology is clearly providing wireless multichannel sound — possibly in multiple rooms — for HDTVs. It would be so frigging sweet to have a nice 5.1-channel setup without worrying about interference and having to run wires all over the place.

I read through the specs for the chipset, and it’s got some pretty cool features, like support for both S/PDIF and I2S (two popular high-quality digital audio I/O interfaces) and built-in security so no one hacks into your network to broadcast subliminal messages. The chips can handle up to 24-bit 192kHz audio, which means serious audiophiles can go wireless too.

The setup I envision that will make this all a must-have is as follows: You’re streaming high-def content to your HDTV from your desktop PC (while simultaneously downloading more content). You’re wearing a Bluetooth headset and talking to your mom on the phone while you’re watching a movie. Your laptop is sitting next to you so you can compulsively check your email.

Meanwhile, your HDTV or home stereo system is spitting out totally uncompressed audio to your wireless speakers. You fire up the microwave to make some kettle corn (mmm… sweet and salty — now that’s technology!), and youyour kid doesn’t miss a moment of dialogue between Woody and Buzz Lightyear.

(Okay, fine–you’re high on your couch listening to the 5.1 mix of Pink Floyd’s Dark Side of the Moon in all its trip-tastic glory, and your buddy Jay needs 300cc’s of popcorn, stat! You can at least make it without harshing his buzz by causing audio dropouts.)

Perhaps the real question is: How many different kinds of tumors are we going to get with all this wireless stuff being zapped around the house — and through our bodies? After all, wireless signals are killing honeybees… we may be next!

(The illustration above was created by Leah Perrotta, a Brooklyn-based artist and all-around lovely gal.)