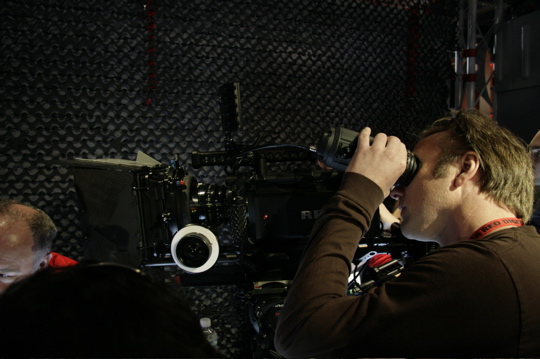 There are those who think that the Red One camera is vaporware. I’m here to tell you it’s not. We just spent some quality time in the booth and saw four of the cameras in action, as well as 4k footage of biplanes dogfighting as shot by Peter Jackson. It was awesome. Sadly, we were told that if we took stills or video of the unreleased WWI short, we’d leave with broken arms. Jim Jannard, CEO and founder of Red, was there. And he’s a burly lookin’ dude with steel business cards, so we believed him. 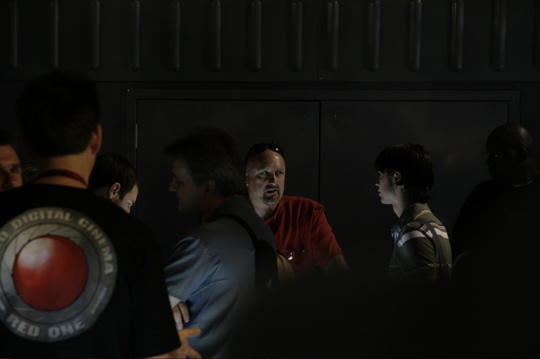 Besides just the cool footage, Red announced availability of a full set of Prime lenses including a 15mm, 25mm, 35mm, 50mm and an awesome 85mm lenses. These were unknown before NAB and sent many a film nerd within the gargantuan booth scrambling for their credit cards. 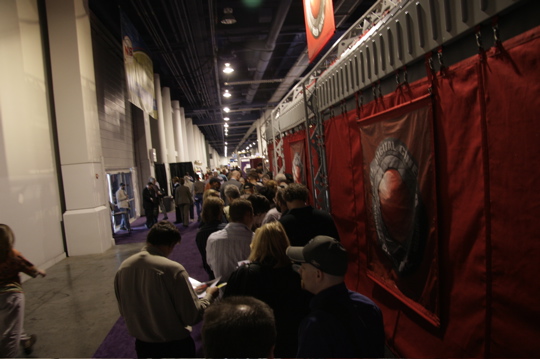 Speaking of the booth, it’s huge. It’s larger than my last apartment, and has a line stretching around the corner to get in. And there are spiderbots. The spiderbots can be autonomous and move on their own accord. They’re built out of Red parts just ‘cuz, and they’re rad. 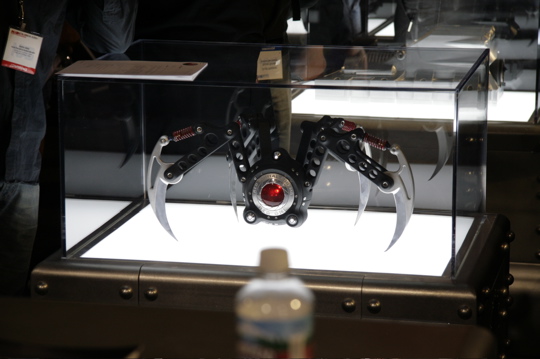 There are four cameras in the booth, in various configurations. The Red’s strength, besides it’s 4,000+ lines of resolution, is that it’s modular. You purchase the main body and add the parts you’ll use, meaning you don’t buy bulk you won’t.

What’s really interesting about Red at NAB though is the partnership it’s announced with Apple. Using Final Cut Studio 2 and Red’s own Redcode, a filmmaker can shoot and edit in 4k raw. That’s awesome.

Even more awesome is the announcement that Red will continue to take reservations, though there might be a wait until those registering today get their cameras. But judging by the line, the nerds, and the self-sustaining hype, that’s all good.