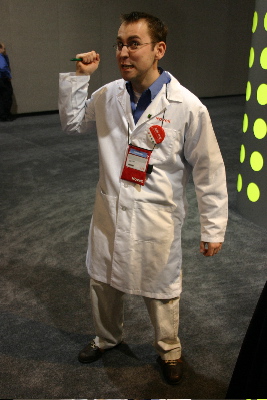 The privatization and monetization of the Internet is arguably the most important and world-changing development in business, human relations, and pop culture of the last 20 years. It was good while it lasted.

Researchers from a cadre of Universities are toying with the idea of destroying the current Internet and re-deploying a newer, shinier, faster, more secure and robust Internet. The “Clean Slate” approach would generate a new network that would address the problems and limitations of today’s network at the base level. And the research has the backing of the Federal Government.

We’re for the theoretical research behind the notion, but part of what makes the Internet work from a business and personal level is the fact that it’s doing what it was never meant to: modern Internet usage is a hack, and that in and of itself is cool. This new network, while noble in spirit, would be fundamentally different. Something like the Internet is best left to grow on its own, thank you very much. Besides, where else would idiots post pictures of their cats doing cute stuff?