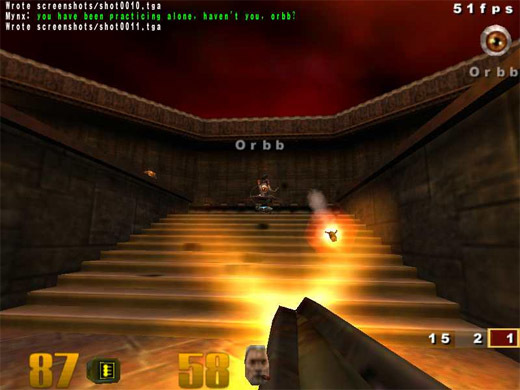 According to GamersReports.com, a quick query on the ESRB website reveals that Quake III: Team Arena is listed as an Xbox 360 title. Most of us know that Q3TA was originally released years ago on the PC, so either this game is showing up a few years too late or it’ll be released as an Xbox Live Arcade title. We’re going to go with the latter. No release date is posted on the ESRB site, so you’ll have to wait a while before you’re able to get your old-school Railgun matches on.