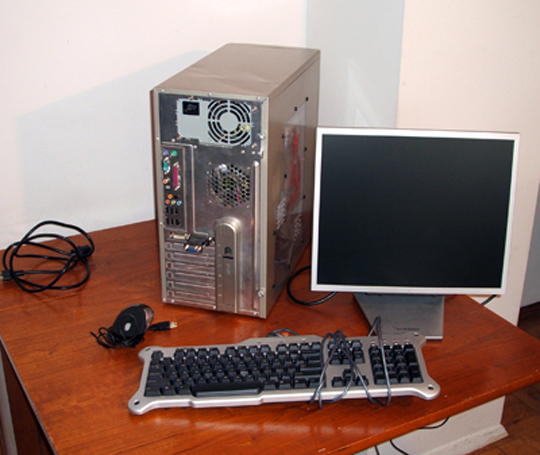 A good gaming PC and monitor are ready to go.

Computer gaming doesn’t have to be a solitary experience. Today most shooters and strategy games feature multiple modes as robust as the single player campaigns. And you also don’t need to limit your multi-player sessions to playing online where you don’t actually see or talk to the other participates directly. Getting together with a few friends to play multi-player games adds a new level of competition and makes for a more social experience.

Home Front LAN Party
A LAN (Local Area Network) party doesn’t have require dragging your system to some far off hotel for a huge weekend long event either. Instead there are many options for creating a “LANding Zone” at home. Chances are you don’t have to rent any extra machines to pull off an intense night of gaming. You can rely on the machines you have, or see if a friend or two can provide a laptop. But you don’t need to overdo it.

While the idea of having a ton of friends bring their desktops might sound reasonable this can result in hours of setup and breakdown time. Instead, try to get about a half a dozen machines for some three-on-three, or possibly four-on-four action and let the players rotate. Even four machines with two-on-two can make for a challenging experience. No matter how many machines you can set up this should provide plenty of gaming for everyone, while still keeping things manageable — because as we know with computers the more things you add the more likely it is that something will go wrong.

Tips From the Armchair General
As a veteran of dozens LAN parties I can say that these can be more than work the effort. Nothing beats blasting your friends in a shooter or destroying their empire in a strategy game. The most important thing is to plan ahead, and have plenty of time for set up in other words, don’t start to set up as everyone arrives. More importantly if things do go wrong you need to remain calm under pressure. You will need to adapt to circumstances and here are just a few tips to make things run smoother. Having a back-up plan helps too. 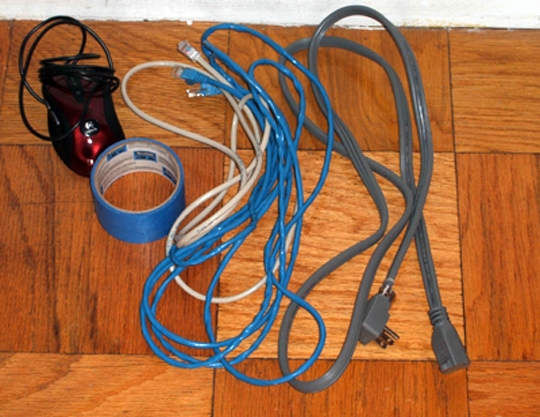 Make sure you have the supplies including mice, cables and tape (to keep the cables from tripping your friends).

1) Be sure to have enough space for the computers, and chairs for each one. Don’t make things more crowded than they need to be. Even with a laptop players should have enough room to be comfortable.

2) If possible have a back-up machine just in case and keep the number of computers in use even. This allows for balanced teams, and having an extra computer means you can swap out a system in a few minutes and still keep playing. 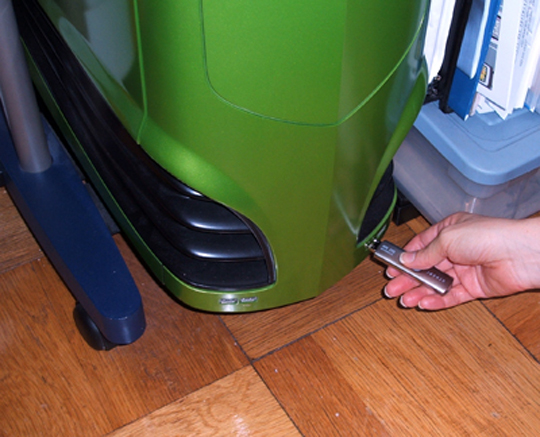 A USB thumb drive can help make sure you have the patches ready for all the PCs.

3) Nothing is worse than having a friend lug his computer from across town only to find out that he’s forgotten something important. So if possible try and have an extra mouse or keyboards. It is also advisable to have plenty of RJ-45 Ethernet cable whether you’re supplying the computers or not. Chances are someone will forget to bring a cable or it will be too short. And with people walking around and tugging on them, these cables tend to crap out at the worst possible moments. Therefore having a few back-up cables is simply a necessity. To play it safe get a cable tester, which will allow you to determine if a cable is bad. This will save you time from switching out cables when the problem could be on the PC side. 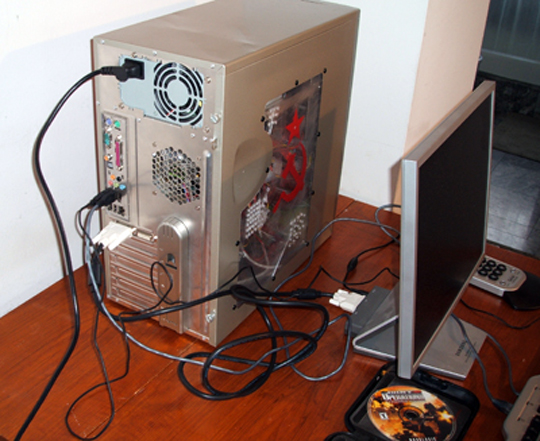 Keep the cables organized, but no reason to be a neat freak either. You’re tearing this all down in a few hours.

4) Try and have the same version OS. Since most LAN parties are probably going to PC-based events this means you should try to have machine running Windows XP (Professional is preferable), or Windows Vista (not recommended just yet). All of the machines should be using the latest updates, patches and drivers. This helps ensure that the machines won’t find conflicts on the software side. Additionally, and more importantly, the games absolutely need to be the same version, so as the host you should have a CD-ROM or a USB thumb drive loaded with the latest patches for any games you’re planning on running, as well as video card drivers and latest version of DirectX. No one wants to sit around while you’re updating drivers and patching software! But if it has to be done, having everyone on a disc or USB drive can really safe the evening. 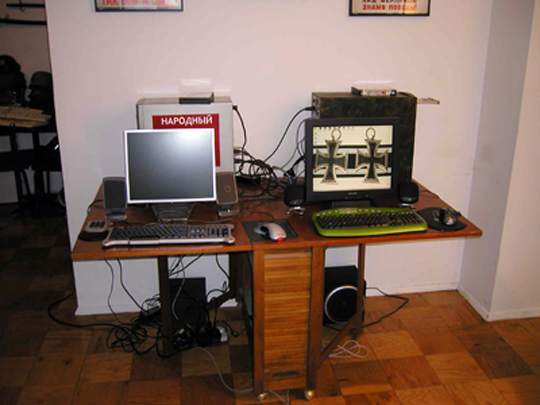 Here are two machines that are ready for action – but did I forget chairs?

5) Use a server. If you are able to do so try and run a dedicated server. This means you’ll be down one machine right off the bat but this will allow for improved gameplay. 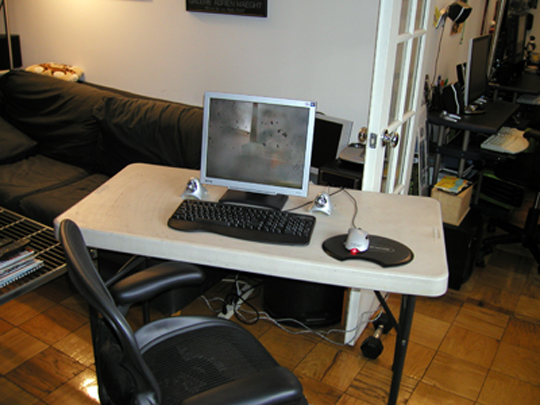 A folding table makes for a better gaming station than trying to have someone hunched over the coffee table. Remember — it’s FIFO when it comes to chairs so tell folks to come early.

6) Have a unique serial number for each game. While it can be expensive to buy six or eight copies of the game you can have your friends supply their own copies for the evening so that you don’t run into any conflicts. This is an absolute given if you’re trying to do a “virtual LAN” by having friends from distant locations attempt to join you through the Internet.
7) Security is an issue for those times when you’re taking your LAN gaming online, so having some kind of firewall in place is a good idea too. The built-in Windows XP firewall sometimes makes it hard for games to connect, but a third-party security program like Black Ice Intruder or Norton Internet Security probably makes sense. Programs like these have a setting that allow for trusted IP addresses as well as open ports just for gaming. This way the machine stays safe from hackers but can still host a game. Just be sure to test this before the evening starts to make sure you don’t have too much security going on.
8) You’ll want to make sure that you have adequate juice to power everyone’s PC. If possible forgo desktop speakers and rely on headphones. This will reduce the need for extra power and keep the volume comfortable, so those not playing don’t need to shout to be heard. And don’t forget to pick up a couple of extra power strips, as well as an extension cord so that you can also tap into power from another room so as to not overload any circuits.
9) Headphones or otherwise, watch the volume. Even if you live in a house you should be careful about the volume. If you’re not using headphones the sound of endless gunfire and explosions, along with a room full of people could possibly disturb the neighbors. So use good judgment.
10) Have the right games for the audience. If you’re friends like to play real-time strategy games don’t spend all night playing first-person shooters. Also make sure everyone gets to play. If your friends are supplying their own computers make sure it is cool with them if someone jumps on their machine when they go to get chips and dip!
11) It might be your party but make sure your guests get a chance to play. If anyone else supplies a computer make sure it is acceptable for others use it. If not then you should make this clear as well.
12) Think about map rotation, game time limits and modes of play. Deathmatch is always a favorite but sometimes one player dominates the others, so again mixing it up with capture the flag and objective based games will allow everyone to shine for even a moment.
13) Don’t leave out the consoles. LAN parties need not be strictly PC affairs. In fact the PlayStation 3, Nintendo Wii and Xbox 360 make for solid instant party machines on their own. Even if you’re having a PC party its still a good idea to have the consoles set up to offer something a little different but still keep everyone in the gaming.
14) Have fun. This may sound silly but sometimes LAN party hosts can take things too seriously. If you don’t like to lose don’t host LAN parties. This isn’t a tournament you’re holding after all. 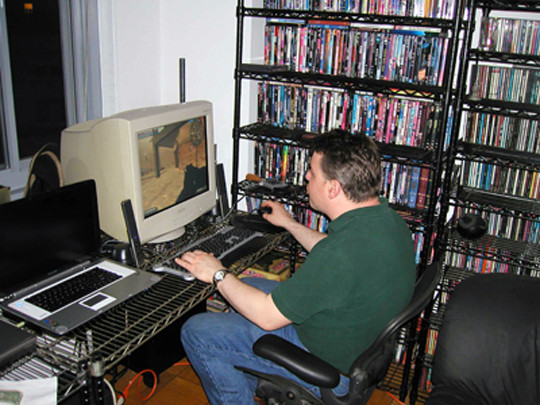 Even if you’re using a laptop, see if you can connect it to a monitor and full size mouse and keyboard. This improves the set up for gameplay

Alternative Venues
OK, so you don’t have room for a LAN party, or your wife/girlfriend has nixed your plans. There are a couple of options as well.

Office Shooter Fest — most offices are networked together and provided you have a reasonably fast machine you’re ready to go. Nothing beats a tough day at the office like some after work gaming. Check with your supervisor and IT department first, but chances are some workplace camaraderie will be welcome.

PC Cafe — computer arcades and cyber cafes are starting to offer their locations for birthday parties and other private events including those devoted to gaming. While a bit more expensive than a do-it-yourself event you can try and get a group rate for a few hours of closed-door gaming. The best part is that if any technical problems arise they won’t be your problem! 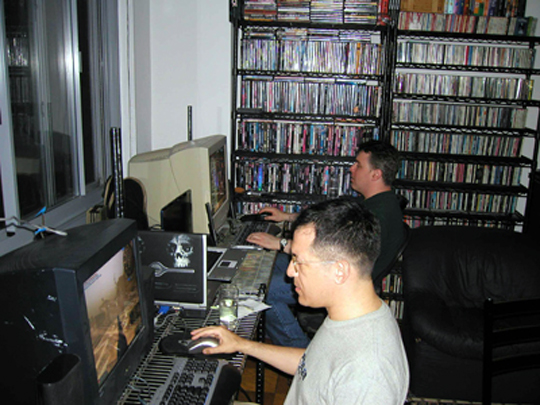 All the setup is worth it to have a night of gaming with good friends – where you get to shoot them and destroy their self worth!