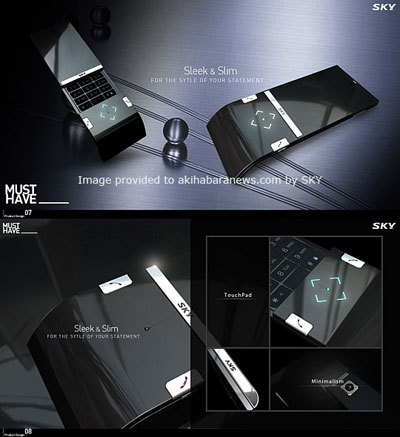 The thing about concept phones is that they so often look so much better than actual cellphones it’s almost depressing. This concept from Korea’s Sky is but the latest example of one that puts the many tired actual designs to shame. (Helio’s Ocean notwithstanding—that actually looks promising.) Its specs are nowhere to be found, but concepts are a lot like the womens: so long as they’re hot, do you really care what kind of OS they’re running? Of course you don’t.

Odds this will ever come out? I’d say somewhere between zero and naught.