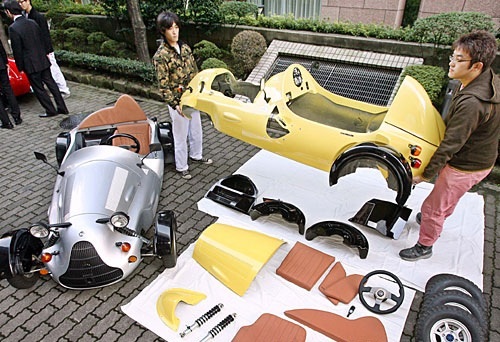 Now we know why cars in Japan are cheaper; people build cars as a hobby! Or at least that’s what Mitsuoka Motor is betting on. The auto company has released the K-4 micro car kit. This is a real, working mini-car that is about eight-feet long and comes in an old-school sports car design. You assemble everything on your own (to an extent) and after about 40 hours of work, you’ll be driving around in a new car that’s capable of doing 31-mph (race around the park, anyone?).

I suppose that’s all a 50cc-engine can handle, but I bet it’s still a blast to scoot around in. Anyone ever seen anything like this in the states? Have you made your own car?