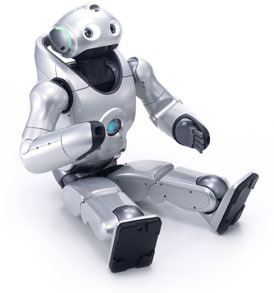 Sir Howard Stringer, Esq. Ltd. III sat down with CEO Exchange last week and discussed how Sony fumbled the portable player market and his hopes that the PS3 makes it past the Wii onslaught and out of infamy.

On digital players he said:

In 1997 we were working with IBM on electronic music distribution and could have put this out five years earlier [than iPod]. But we couldn’t get our people to understand software. And we are a music company. They saw digital media, panicked and didn’t like it.

That’s a bold move for the leader of Sony, especially considering their reticent nature and failure-free culture. The most important takeaway here is that Sony has been humbled by their recent run of bad luck. Can they break out of the Walkman/WEGA rut they’ve dug themselves into? I hope so. They are losing ground to all sorts of minor players and aside from the PS3, their visibility is limited to me-too devices like laptops and televisions. All the cool stuff, the round PCs, the Location Free jive, is hidden under a bushel.