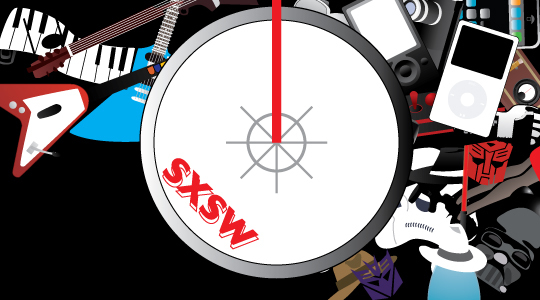 We just got to Dan Rather’s SXSW keynote. I don’t know what specifically this will have that is tech related, but I’m live blogging it anyway.

2:16 – Dan Rather has taken the stage. He had an endearing Abe Lincoln quote.

2:20 – The moderator has posed a question asking what it was like calling Nixon on his lies. Problems with acoustics. She has to repeat herself three times, but now Rather has gotten the question.

He explains that the journalists are responsible for being brokers of information. They are a conduit of news to the public. People who ask questions that common people don’t have the capacity to ask. The answer is weighted with a criticism toward current journalists who only ask light questions and seldom offer direct queries to the president as to why his answers aren’t in sync with the facts.

Rather made a funny — he said that American journalism is in need of a spine transplant. He defines this as saying that journalism, government and corporate America have become too cozy with each other. It’s a you scratch my back I’ll scratch yours situation where journalists are being used as puppets.

2:35 – Nothing much tech related going on right now…

2:39 – Rather suggests that the American ideal for journalism should be the mode of a watchdog. He says though that journalism has become an industry of lapdogs, looking for the easy scoops, never wanting to rock the boat and potentially lose sources.