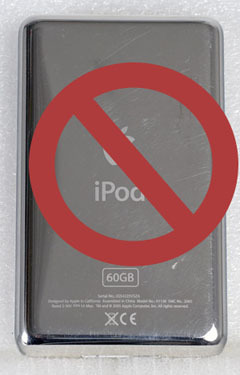 In a wacky move, New York Senator Carl Kruger is proposing that a bill be introduced to ban iPods, cellphones, and all electronic devices while crossing the street in NYC. The proposed bill is due to two pedestrian deaths that occurred in Kruger’s district. If this were to go into effect though, how could law enforcement possibly uphold this crazy law? You’d have to hire a separate “iPod Gestapo” to fine people.