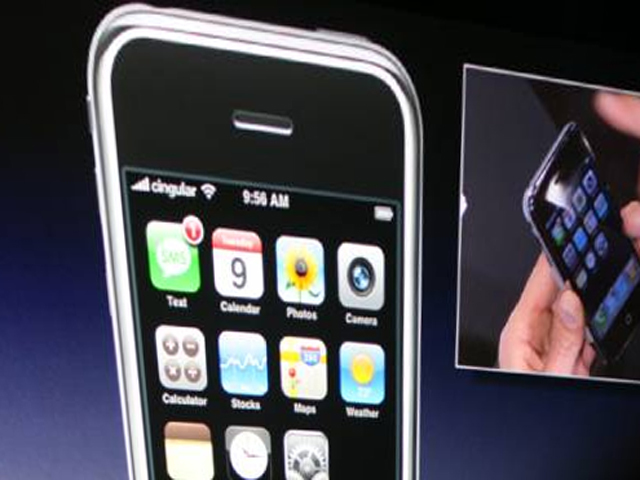 Just got done with an interview with some folks from Cingular on the iPhone and they tipped their hand just enough for us to compile a quick FAQ on the parasitic relationship that is the Apple-Cingular partnership.

I’m a X subscriber. Can I get an iPhone?

If X=Cingular then
true
else
false;

Will there be other iPhones?

Probably. Think in terms of Nano vs. Video vs. Shuffle. It will happen.

Can I get an iPhone without the phone i.e. Get the touchscreen video iPod?

Cingular doesn’t know, but don’t expect them to put up a very big fight if it happens.

Who approached who in the initial stages?

Jobs approached Cingular after working with their teams on the ROKR, one of the shining examples of partnerships gone horribly wrong. However, it was Motorola’s fault with the ROKR, and we can assume his Jobness forgave the carrier.

How many iPhones will be available at launch?

Jobs said he expects to sell 10 million units in the first year. Will it happen? No, but it’s not like they won’t try. Will you be able to buy one on June 1st? Probably not. Expect the waiting list to be huge.

As far as Cingular knows, they will. Apple rarely announces things it can’t deliver, although they’ve been “pre-releasing” things like Apple TV recently, which gives us pause.

Does it sync via Wi-Fi?

Not yet, but they’re not ruling that out. As of now it’s “side-loading” which means you plug in a USB cable.

I’m pretty resourceful. I’ll unlock it and make it work with carrier X. But what will I be missing?

Apparently you’ll only miss the visual voicemail tool. Presume that there will be also carrier specific data coming down the pipe that may or may not be usable on an unlocked phone.

Is this phone for my grandma?

Nope, unless your grandma makes $100K a year and drives an SUV. This is a high end product.

So when the iPhone Nano comes out, it will be on T-Mob…

Nope. Sorry to cut you off, but it’s Apple+Cingular=iPhone for the foreseeable future.

What does Cingular get out of this?
Billions in revenue and a shot in the arm after a number of slow years. They are now the big monkey in the tree when it comes to the smartphone consumer. Watch sales of smartphones between now and June – they will be as flat as the Nevada desert.

What does Apple get out of this?

A nice gift basket from the Cingular CEO. What else, in all honesty, could Cingular offer them?

Will they call it the iPhone even though they haven’t hashed things out with Cisco?

That’s a very good questions. Look at the iTV. They can always fall back to the Apple Phone if all goes south. Again, the ball is in Apple’s court.

OS X on a phone? What’s all this then?

OS X’s underlying OS, Darwin, is based on BSD. The BSD kernel is small enough to fit on MP3 players and potentially electronic toothbrushes. So generally the iPhone will run OS X, albeit with a completely different UI layer. Therefore, instead of a half-assed lumpy OS like MS Mobile 5.0, it will have a real version of OS X.