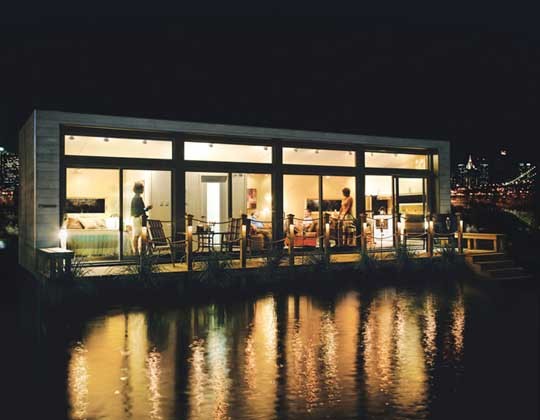 I was flipping through the Feb. issue of Wired earlier and I came across the Glassic Soho trailer. Now it’s no secret that I’m from the South. That said, I’ve set foot in my fair share of trailers—hell I know more than a few people who live in them. But this model, created by architect and furniture designer Christopher Deam and manufactured by Breckenridge, is something different.

Sure it’s still a trailer, but it’s designed with aesthetics and efficiency in mind. It comes in three models: one bedroom with kitchen, studio and two bedroom with no kitchen. Priced at about $59,000 for a fully furnished unit, this could become affordable, yet still pleasing, housing for people who aren’t rolling in dough.

One Trailer, Hold the Trash [Wired]