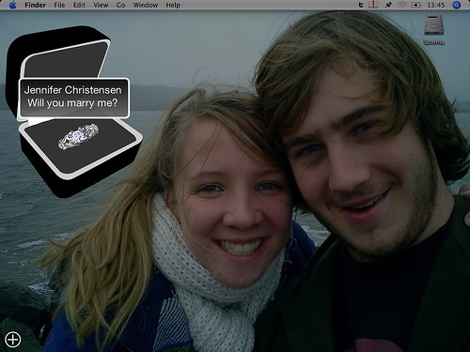 Some would call this a story of love between two geeks. Apparently, some dork who goes by the username “Bjorn” on Flickr proposed to his girl by coding out a custom Dashboard widget. Shaped like a ring box, the widget has an image of a diamond engagement ring and the message “Jennifer Christensen Will You marry me?” He told her to hit F12 and the rest is history.

Awwww. Who says geek romance is dead. I wonder where the reception is being held – Fry’s or Circuit City?