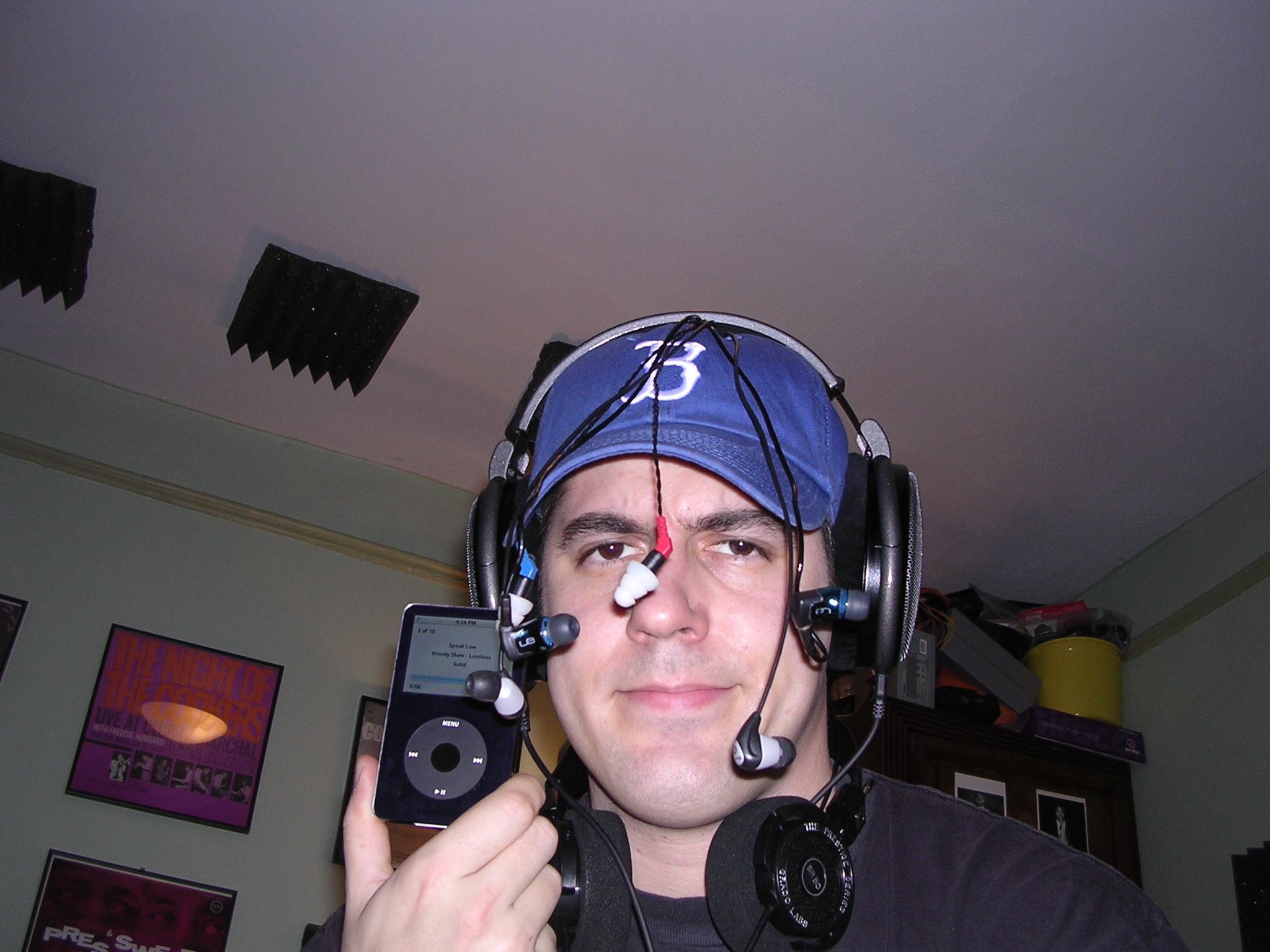 Can someone tell me why virtually nothing is happening with MP3 players in regards to actual audio quality? In fact, audio quality seems to be moving ass-backwards, giving way to non-audio features like video and wireless. Headphones have come such a long way in the last 15 years or so, and now we have dual- and triple-driver in-ear models designed specifically for use with portables. The problem is that most MP3 players’ headphone outputs flat-out suck.

Companies like Creative are finding new ways to enhance the sound of music with external devices (the X-Mod is admittedly pretty cool), but that’s right up there with buying a portable headphone amp in terms of convenience on the go. Meanwhile, SRS Labs tries very hard to get their audio-enhancement technology built into as many MP3 players as they can, but these are just DSP tricks that compensate for inadequate output from the players themselves.

This started chafing me like wet denim back when I was at PC Magazine. My former colleague Bill Machrone had discovered that the first-gen iPod shuffle had a different kind of capacitor driving the headphone output than any other player on the market. The upshot of it was that the shuffle’s sound quality was superior regardless of what headphones you plugged into it, especially with respect to bass. I remember hating the shuffle for its screenlessness, and it made it worse that that little POS sounded so great! Frustratingly, we never could find out why Apple did that—and then never included it in any future iPod model!

It’s not just iPods, either. I ran frequency response tests with and without headphones on loads of MP3 players and PMPs, and it’s disappointing to see how badly most perform. I did find a couple more gems, like the Archos AV500, but sure enough, when that got updated to the Archos 604, the new model’s headphone output was clearly downgraded, presumably for cost reasons. I liked the Sony NW-HD5 too, but apparently Sony got cold feet and dropped out of the hard drive MP3 player market.

Manufacturers bank on consumers’ inability to tell where corners have been cut, and with the proliferation of highly compressed digital downloads (not to mention grungy-sounding pirated music), they’re probably right to do so. Apple makes a good case in point: the audio quality from the full-size iPod’s headphone jack seems to have peaked (according to my own tests). The 2G shuffle, however, doesn’t hold a candle to the 1G shuffle, and neither do any of the other current iPods. Not to say the current iPods sound bad—on the contrary, they’re very good. But I hate seeing things slide backward. (Note that everyone seems to have his/her opinion on which full-size iPod model sounds best. I liked the 2G iPod, but I didn’t have the opportunity to test one with a spectrum analyzer.)

Probably the best known example of this backslide is iRiver. Some people actually cried and regressed into bedwetting when the iRiver H100 and H300 series went away. To my ears (and test setup), those were the best-sounding players ever, particularly the iHP100. (I won’t even bring up the standard optical digital I/O ports, or I’ll start having a fit.) The H10 series that filled the void just didn’t have anywhere near the same punch.

Headphone outputs on consumer electronics have never enjoyed great reputations, but the very fact that so many companies are introducing “audiophile-quality” headphones for portables makes me cringe. What I want to see is companies like Apple, Creative, iRiver, Samsung, and Cowon developing ways to cram better audio components into their players so they can keep up with the droolicious advances in headphone technology without having to rely on bulky third-party accessories.

Will most consumers hear the differences among players through regular earbuds? Very unlikely. But if you’re going to drop $450 for the latest triple-driver canalphones from Shure or UE, or even more for full-size cans like the Sennheiser HD650 or Grado RS series, I strongly encourage you to try them out with different MP3 players and if possible, a dedicated headphone amp so you can tell what these things are supposed to sound like. And don’t sell yourself short — you can hear the difference if you give yourself the chance.

AudioFile by Mike Kobrin is a weekly reflection on electronic music and the MP3 biz. You can read his collected columns here.