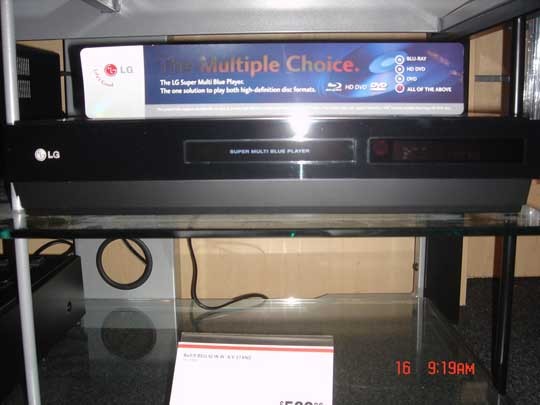 LG’s Super Multi Blue HD Player was considered by many to be the best of CES. It is massively notable due to its ability to play both HD DVD and Blu-ray formats. A potential end to the format war, it gives studios the choice to get behind whichever format they prefer and it gives consumers the ability to get movies that they like, rather than ones on a particular medium.

I’m always hesitant to be an adopter of completely new technologies, but I don’t see much other choice in this particular scenario. LG had originally said that BH100 would be available in Feb., but according to various sources, it has already made an appearance at CompUSA.

No word if there is wide availability yet, but if you happen to find one, expect to find a $1,200 price tag with it.