Yahoo and Google have personalized versions of the new Internet Explorer 7 browser. Yahoo’s is available for download here, and Google’s version is here.

The page layout and content for the two sites is nearly identical, although this may be a simple cut and paste from recommended Microsoft promotional information What’s more interesting is that the screen shots in both images showing IE7 are also identical. The Yahoo version clearly displays the Yahoo toolbar with a large red Y! in the left corner. The Google shot contains the same image, with the red Y! somewhat blurred out. The Google screen shot shows IE7 with the Yahoo toolbar. Screen shots and an enlargement of the Google blurred Y! are below.

This could easily be a situation where Microsoft was sloppy and sent out Yahoo-copied materials to Google. Or Google just copied the materials on Yahoo’s site. Either way, look for an update to the Google site in the very near future.

Update: Yahoo’er Jeremy Zawodny has a similar post. Perhaps we had the same anonymous tipster.

Update: Google replaces the site in question by 11 pm, just 6 hours after this story broke. 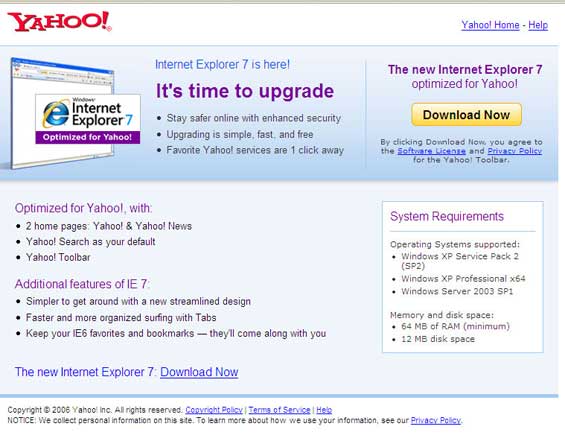 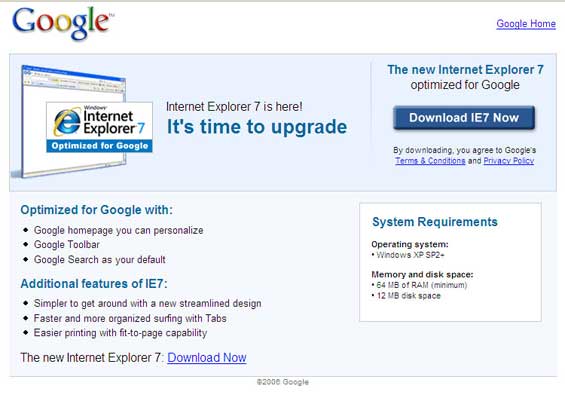 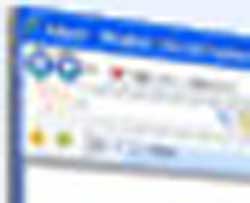