The more interesting of the two new features is Quick Capture, which lets users record video directly from their computers and record it on YouTube . Previously, users had to record video some other way, then upload the video to YouTube for Flash encoding. With Quick Capture, the number of steps are reduced, making it much easier to create online video. This is particularly useful as a way to leave quick video comments to other videos. There are no editing functions, so this is for the quick and easy recording. I expect this tool to have a measurable impact on the number of new videos on YouTube…just make sure you don’t have any copyrighted music playing in the background when you record. 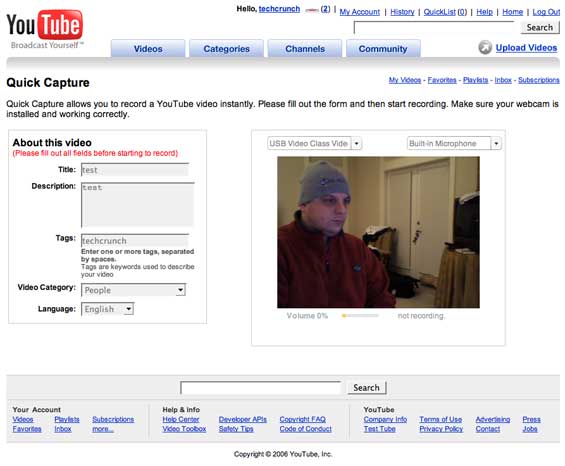 Streams is a feature still being tested in YouTube’s lab, called TestTube. Users can create and/or join themed “rooms” that have a number of videos lined up at the top. All users in the room participate in a group chat, and users can add their own videos to the queue. It’s an interesting feature, and I wouldn’t mind having a chat box on every YouTube video. But at the end of the day, “time shifted chat”, or the comments left on videos, are a more interesting way to discuss them. I’m not as excited by it as other bloggers, and my guess is Streams doesn’t make it out of the lab, or will have limited appeal to YouTube users. 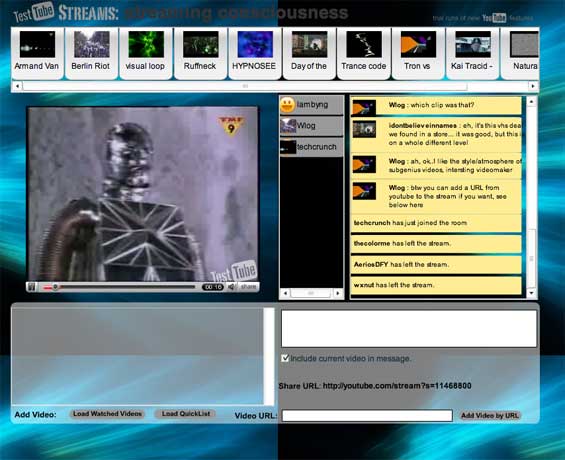