Boo.com, one of many poster-children for the dot-com boom of the nineties, has been threatening to re-launch for the last year or so. Mike Butcher at TechCrunch UK says that the site is now scheduled to debut in 2007, barring any further delays.

Mike also gives some background on version 1.0 of Boo.com, which lasted all of six months:

In 1999 Boo.com, a fashion retail site, burnt through $120 million in six months, in part because it’s call centre was situated in London’s fashionable Carnaby Street, as opposed to a cheaper location. The web site was also built by three different development teams spread across the globe, while it’s home page was notorious for its slow load time and use of – then less common – Flash.

Founded by Ernst Malmsten, Kajsa Leander and Patrik Hedelin, Boo.com’s largest backer was Omnia, a fund backed by members of Lebanon’s wealthy Hariri family, which put nearly $40 million into the company. Over 400 staff and contractors were made redundant when Boo went into receivership in May 2000.

For those who are really interested in finding out who’s behind Boo.com this time around, John Collins did some digging into the domain name and found that it is registered to a “woman living in the leafy dublin suburb of ranelagh [in Ireland].” 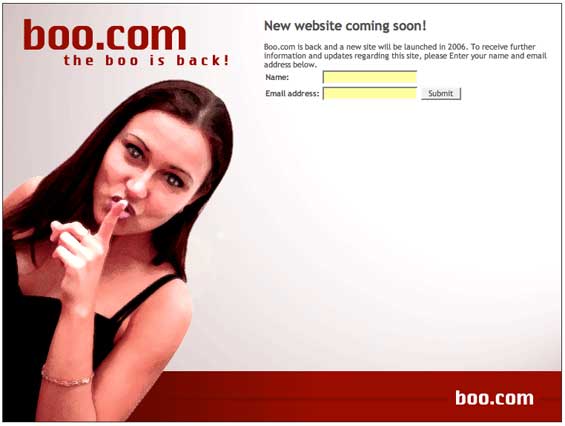 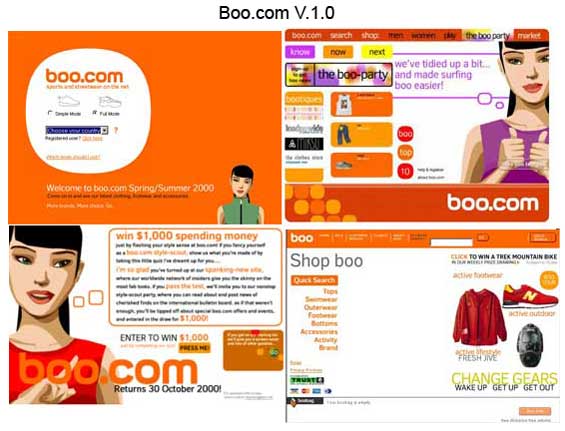