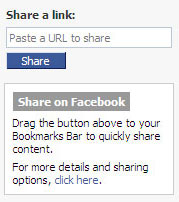 Users can submit items to share with others through their Facebook pages or with a browser bookmarklet. URLs from off site and pictures, notes or user profiles from inside Facebook can be tagged. Tagged items include the URL, a text excerpt and any notes a user cares to add. They can be either sent to your public profile or sent privately to particular friends. Users with access to the feature right now do not appear able to send items out to non beta users with the bookmarklet.

It may be unnecessarily cautious to beta test this among limited users, but given past controversy you can hardly blame the company. The most interesting part of this to me? Imagine MySpace providing a way for users to share links to off site pages of interest. Not very likely.

Just like the company’s limited API release in August, this is another good faith move in the direction of openness and usability. 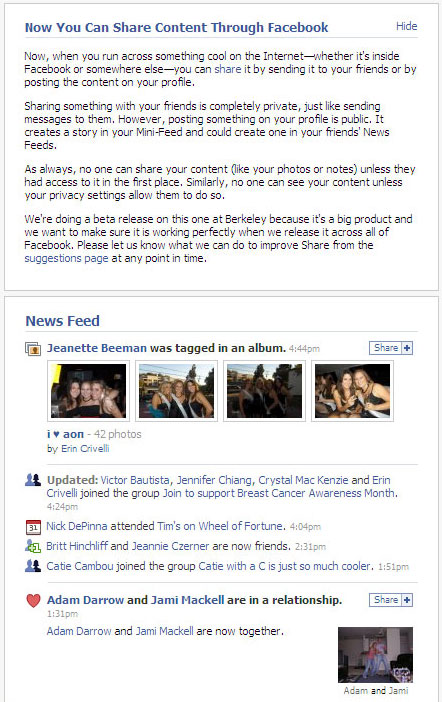